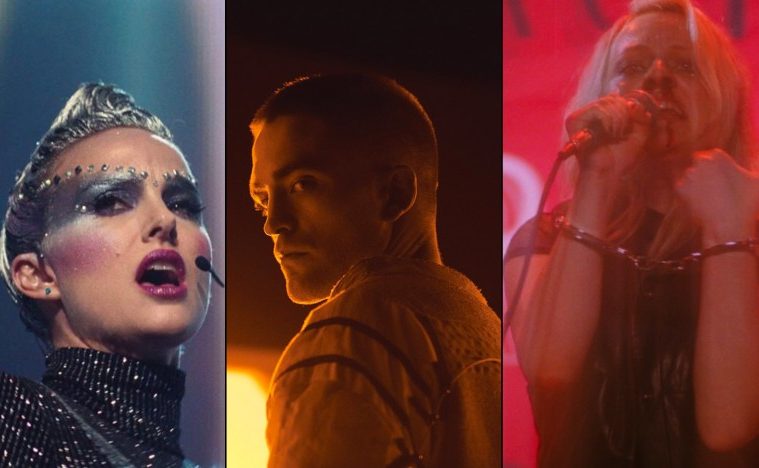 Check out our 20 most-anticipated festival premieres below, and return for our reviews.

We apologize for the triggering image right off the bat in this feature, but as much he doesn’t deserve any more attention, the thought of watching master interviewer Errol Morris interrogate one of America’s most warped minds does have its intrigue. The Fog of War director’s documentary on former White House Chief Strategist Steve Bannon will premiere at Venice and play at TIFF (where we’re surprised it’s not part of the Midnight Madness section), followed by an NYFF showing.

The Death and Life of John F. Donovan (Xavier Dolan)

His seventh film in nine years, Xavier Dolan’s English-language debut will finally unspool at the ideal launching point close to his hometown: the Toronto International Film Festival. Starring Kit Harington, Natalie Portman, Susan Sarandon, Kathy Bates, Thandie Newton, Jacob Tremblay, and Ben Schnetzer, the story of a troubled actor and his pen pal correspondence with an 11-year-old boy. While not on the streak that launched his career, here’s hoping Dolan’s seemingly glamourous story will strike a nerve.

There are only a few American filmmakers working today who couldn’t care less what Hollywood’s four-quadrant marketing plan-minded studios think. One of them is S. Craig Zahler, whose shaggy, brutally visceral dramas Bone Tomahawk and Brawl in Cell Block 99 have no room for any sort of politically-correct politeness, and that’s certainly the case when it comes to the casting of his next movie. Dragged Across Concrete stars Mel Gibson as a police officer alongside Vince Vaughn as they find themselves in hot water when they abuse the powers of their badge. If this was in the hands of someone like David Ayer, we’d be dreading a Blue Lives Matter bore, but Zahler’s way with words has us intrigued, perhaps moreso than the 159-minute runtime.

In his first film since 2012’s Byzantium, Neil Jordan returns with quite the trio of actresses: Isabelle Huppert, Chloë Grace Moretz, and Maika Monroe. Greta follows Moretz’s character as she returns a lost item to Huppert, who begins a strange, dangerous fascination with the young woman. Even if this is Elle light in terms of psychological thrills, we look forward to seeing Huppert lead this twisted cat-and-mouse game.

The last time Elisabeth Moss led an Alex Ross Perry film, we had one of the best psychological thrillers of the decade thus far. The Queen of Earth actress once again looks like she’s giving it her all, this time for a rock epic featuring a star battling with her own demons. Featuring the wild supporting cast of Cara Delevingne, Ashley Benson, Amber Heard, Virginia Madsen, Dan Stevens and Eric Stoltz, here’s hoping Perry’s longest film is also his best.

Will Claire Denis deliver two of the best movies of the year? Judging from her track record, that’s likely to be a resounding yes. Following Let the Sunshine In she is switching gears entirely with her long-gestating sci-fi feature High Life, starring Robert Pattinson, Juliette Binoche, André Benjamin, and Mia Goth. Intriguingly, she is teaming with Olivier Assayas’ frequent cinematographer Yorick Le Saux rather than Agnès Godard. For much, much more on the film read our recent interview with the director.

In last year’s severely overlooked Kékszakállú, Gastón Solnicki showed off ingenious framing and visual rhythms, and now we’ll see how that translates to the documentary form in this tribute to the late Hans Hurch. Director of the Vienna International Film Festival (and former assistant to Jean-Marie Straub and Danièle Huillet), he passed away last summer, resulting in Solnicki to mourn in what promises to be a fascinating, tender cinematic love letter.

One of the most accomplished directors to emerge this century, Mia Hansen-Løve has had a streak like few others. She’s now back this fall with Maya, which follows a 30-year-old man named Gabriel, a French war reporter who was taken to hostage in Syria and then heads to India after months in captivity. The story will mainly focus on his journey to Goa, the state in western India where his childhood home is, to reflect on his life after his harrowing experience. If this wasn’t enough, the director is also already shooting her next feature, starring Vicky Krieps.

While his narrative films haven’t quite been up to snuff lately, Werner Herzog’s documentaries have been riveting. With his latest, he lessens his scope a little bit, culling together the best parts of his recent conversations with Mikhail Gorbachev as well as a wealth of archive footage. At 87 years old, we imagine the last leader of the Soviet Union has much to say, particularly when a figure like Herzog is coaxing it out of him.

If you’ve seen either one of Rick Alverson’s films thus far, The Comedy and Entertainment, you probably get a sense if The Mountain will be up your alley. The added enticing factor here, however, is Jeff Goldblum himself, playing a lobotomist. Also starring Tye Sheridan, Denis Lavant (!), Hannah Gross, and Udo Kier, this promises to be an oddity like no other in the Venice lineup.

If one is still getting nightmares from Jennifer Kent’s impeccably-realized debut film The Babadook, start getting prepared for more frightful imagery as she’s about to debut her follow-up. The Nightingale is a Tasmania-set feature that takes place in 1929 and follows a young convict woman named Claire who seeks revenge for the murder of her family. Aisling Franciosi (Jimmy’s Hall) and Sam Claflin (The Hunger Games) lead the film, alongside Damon Herriman, Ewen Leslie, Harry Greenwood, Baykali Ganambarr and Magnolia Maymuru. “It’s certainly not a horror film, but it’s a pretty horrific world,” she said, noting that the worst criminals in the British empire were sent to the locale. “It was a really crazy time for women. We only hear the sanitized version and I wanted to explore it for real.”

Juliette Binoche recently led a bit of a departure for Claire Denis with the romantic dramedy Let the Sunshine In. It now looks like the actress will be doing the same with Olivier Assayas. Described as a “full-blown comedy set in a Parisian publishing world,” it sounds like another new avenue for Assayas to travel down, who has continually — and pleasantly — surprised audiences with each new film. “Clouds of Sils Maria was a kind of comedy. This is a step further in that direction,” Assayas said last year, which is “very much actor and dialogue-driven, part film, part narrative, part essay.” In what seems to be a first for Assayas, it also looks to be hitting every major fall festival, including Telluride.

Less speedy in his production than some of his contemporaries, but no less attention-catching, Carlos Reygadas is to next give us Our Time, formerly titled Where Life Is Born. Shot last year, according to producer Katrin Pors, “is a simple but powerful story of love and loss of love in open couple relationships set in the context of Mexico’s bull-breeding ranches.” The story follows Ester, who falls in love with another man and her husband Juan seems unable to meet the expectations he has of himself. Set to debut at Venice, hopefully another formally audacious experience is in store.

Despite taking in over double its budget worldwide, The Great Wall barely registered here in the United States, making the ideal next step for Zhang Yimou to return to his roots, and he’s done just that. His period martial arts epic Shadow is a mystic thriller that takes place during medieval China and tells the story of a king and his people’s struggle for their rightful land – all told through the perspectives of the king, his sister, his commander, the entrapped women of the palace, and a commoner. Set to premiere at Venice, the ensemble features Ryan Zheng, Xiaotong Guan, Chao Deng, Li Sun, Qianyuan Wang, Jun Hu, Lei Wu, and Jingchun Wang.

Following up his Oscar-winning drama Son of Saul, László Nemes is facing the formidable challenge that is a sophomore effort with his next feature Sunset. Set to premiere at Venice then play at TIFF, the film follows a woman in 1913 Budapest as she confronts those in a town that won’t let her take her own path. Starring Juli Jakab and Vlad Ivanov, the first full trailer sells an intense drama, but not in the same register as his gripping debut.

After leading one of the most formally interesting, bold studio films of the year with Annihilation, Natalie Portman is back this fall with two festival premieres. Debuting at the 75th Venice International Film Festival is Brady Corbet’s musical Vox Lux, also starring Jude Law, Raffey Cassidy, Stacy Martin, Jennifer Ehle. Corbet’s follow-up to his impressive The Childhood of a Leader follows Portman as Celeste in a 15-year odyssey from trauma to pop stardom. Cinematographer Lol Crawley (45 Years) reteamed with Corbet to shoot in 65mm, and coupled with the score by Scott Walker and original songs by Sia, we can’t wait to see this one.

What You Gonna Do When The World’s On Fire? (Roberto Minervini)

After completing his stellar Texas Trilogy, Italian filmmaker Roberto Minervini, who lives in the American South, headed to New Orleans for this latest documentary. Set to play Venice, TIFF, and NYFF, the black-and-white portrait What You Gonna Do When The World’s On Fire? follows a group of African-Americans in an America that has been built to disenfranchise them.

In what looks to be a nod to Abbas Kiarostami’s Shirin, Tsai Ming-liang’s latest feature finds him zeroing on the human face. Scored by Ryuichi Sakamoto, the film follows people as they peer into the Taiwanese director’s camera and express themselves however they see fit. Not a great deal else is known about the project, set to premiere at Venice and play NYFF, but it promises to be a captivating experiment.

Follow our reviews of all the above films here.