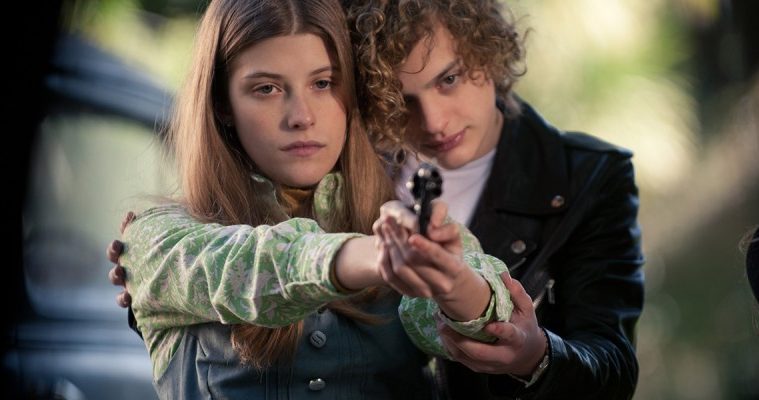 Throughout the early 1970s, Carlos Robledo Puch committed a number of homicides and robberies that scandalized Argentina. Dubbed “El Angel” by the press for his youth and good looks, he was eventually caught and thrown in prison, where he remains to this day. Now dramatized in the feature film also bearing that nickname, the notorious criminal’s life luckily gets the chance to be as banalized as any other big-screen serial killer.

Sure, it’s true that making claims about Puch’s life or rather acting like Luis Ortega’s film is absolutely an attempt to unlock the mystery behind the man–or, rather, boy–is unfair. Yet if the film wants to serve as some kind of grander indictment of how a generation’s malaise spawned so much violence, or even just deliver a consistently entertaining film, it can’t help but come as a failure.

With an opening that seems to promise shades of A Clockwork Orange, Carlos (Lorenzo Ferrin) wanders into an upper-middle class home, his motivation for doing so vague statements about “freedom.” Stuck with two parents too boring to even really ascribe “mommy” or “daddy” issues to, he finds a form of rebellion when eventually teaming up with troubled schoolmate Ramon (Chino Darín) for robbery and murder. Of course, think of how the line “looking for a partner in crime” adorns many a Tinder bio.

Gesturing to a flat-out queer crime film, certainly the film’s most enticing image and one alluding to a more interesting movie comes early; Carlos and Ramon dressed up and with firearms in their arms, with the former strikingly donning earrings. The two framed like the couple from the iconic noir Gun Crazy, one hopes Ortega will run hog-wild with both iconography and sexuality; seducing the audience along the way alongside repelling them with the repercussions of their violence.

Unfortunately, the film’s tone and form veer far closer to Scorsese imitation. For example, by the time we hit a montage set to a Spanish-language cover of “House of the Rising Sun,” this writer distinctly got the feeling that he was getting too old for this shit. On the other hand, Ricardo barrelling down the highway on a motorcycle wearing a leather jacket and a girl on his back seems to border on a self-aware rib to the whole youth-in-revolt genre. Certainly, there’s some interest in seeing a film that wants to walk a tricky tightrope between a macho crime flick and a queer riff. Yet to what end is the material actually being reconfigured? After all, many of the more intriguing political ideas in the film get short thrift; say that maybe gun love isn’t a uniquely American phenomenon or a rebel without a cause is an actual specific revolt to heterosexual norms.

Maybe the film’s inertness is not exactly helped by Ferrin in the lead, who often seems to suggest a young movie star more than actually being one–maybe call it the Ansel Elgort effect. Concluding with him dancing to an audience of simply himself, one gets the sense of a film satisfied with its own general affect, but never inviting the audience to be actually swept away.

El Angel screened at the Toronto International Film Festival and opens on November 9.