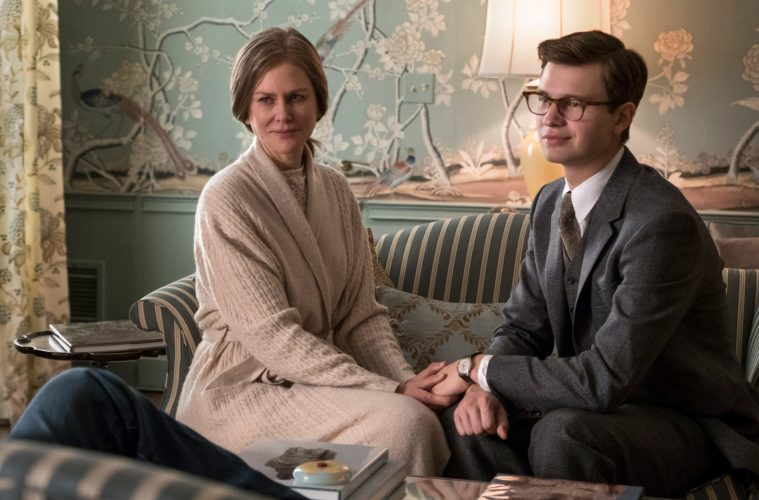 The summer movie season also means an early glimpse of some of the fall’s major films and today one of the first trailers from the season has arrived. The Goldfinch, which comes from Brooklyn director John Crowley, is an adaptaion of the Pulitzer Prize winner of the same name by Donna Tartt. Starring Ansel Elgort, Nicole Kidman, Oakes Fegley, Aneurin Barnard, Finn Wolfhard, Sarah Paulson, Luke Wilson, and Jeffery Wright, the film follows the aftermath of a boy’s life following his mother’s death in a terrorism attack at the Metropolitan Museum of Art.

“It’s a very powerful and emotional coming-of-age story told from a personal point of view,” Elgort tells USA Today. “It touches on the themes we all experience at one time or another – everything from loss, guilt, deception and betrayal to love, hope, friendship and redemption.”

Theodore “Theo” Decker was 13 years old when his mother was killed in a bombing at the Metropolitan Museum of Art. The tragedy changes the course of his life, sending him on a stirring odyssey of grief and guilt, reinvention and redemption, and even love. Through it all, he holds on to one tangible piece of hope from that terrible day…a painting of a tiny bird chained to its perch. The Goldfinch.