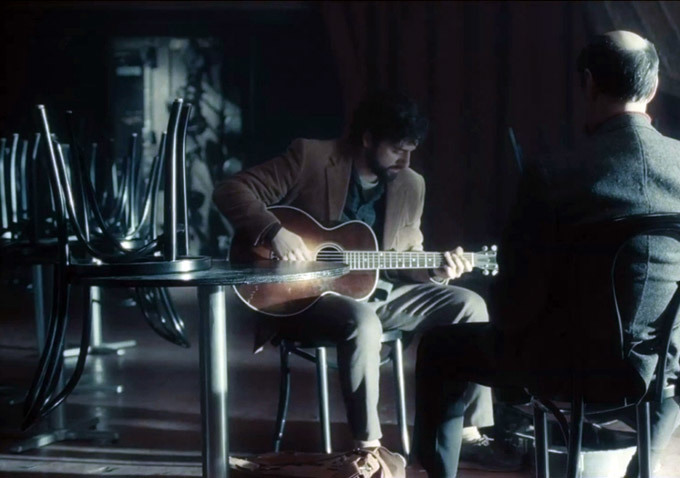 Although it will premiere in a matter of days at the Cannes Film Festival, we got word last week that we’ll have to wait seven agonizing months until the release of the Coens‘ period drama Inside Llewyn Davis. In an attempt to ease the pain, and hype up this month’s debut, CBS Films have now released a new red band trailer for the film.

Perhaps the tamest red band look we’ve ever witnessed, it more or less follows the structure of our debut trailer, which introduces us to the story based on Dave Van Ronk‘s memoir The Mayor of MacDougal Street. Capturing the folk scene in a 1960s New York City, check out the trailer, debut poster and new stills below for the film starring Oscar Isaac, Carey Mulligan, Justin Timberlake, Garrett Hedlund, John Goodman, F. Murray Abraham and Adam Driver.