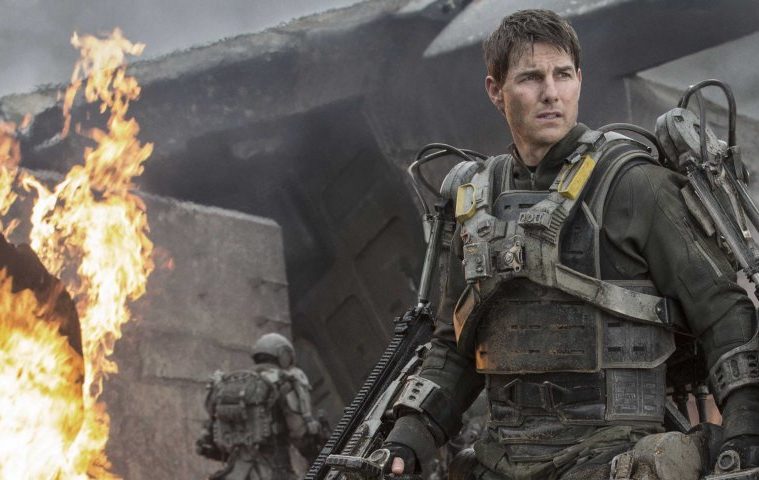 Edge of Tomorrow, Tom Cruise’s latest summer action vehicle, fits nicely into the group of recent blockbusters concerned with altering a distant past. Like X-Men: Days of Future Past or Godzilla, Edge of Tomorrow is also adapted from existing material, this time a Japanese science-fiction novel titled All You Need Is Kill. Created by Hiroshi Sakurazaka, it’s the backbone for director Doug Liman’s tent-pole about an unfortunate military major trapped in a perpetual time loop. Cruise has crafted a body of work consisting of drastic and bold characters; he has taken his star persona and flirted with physical and emotional recklessness to craft memorable moments in films as diverse as Magnolia and Mission Impossible: Ghost Protocol. These characteristics are notably absent at the start of Edge of Tomorrow, as Cruise plays Major William Cage, a figurehead used to sell a war to the public against an invading alien species. – Zade C. (full review)

In 1940, Alfred Hitchcock made his official transition from the British film industry to Hollywood. And it was quite a year: his first two American movies, Rebecca and Foreign Correspondent, were both nominated for the best picture Oscar. Though Rebecca prevailed, Foreign Correspondent is the more quintessential Hitch film. A full-throttle espionage thriller, starring Joel McCrea as a green Yank reporter sent to Europe to get the scoop on the imminent war, it’s wall-to-wall witty repartee, head-spinning plot twists, and brilliantly mounted suspense set pieces, including an ocean plane crash climax with astonishing special effects. Foreign Correspondent deserves to be mentioned alongside The 39 Steps and North by Northwest as one of the master’s greatest adventures. – Criterion.com