Martin Scorsese on the Films and Books that Influenced ‘The Irishman’ 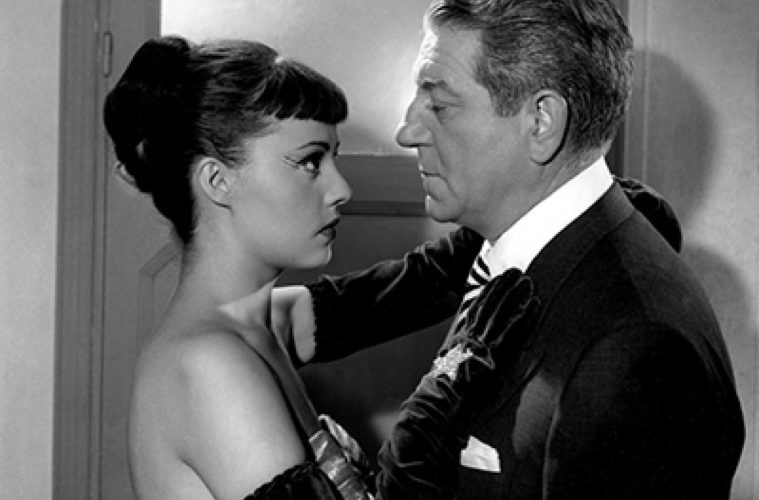 With a knowledge of cinema history simply unparalleled even when it comes to the greatest film scholars, a new Martin Scorsese film also means a wealth of commentary as it pertains to the films that he thought of during development and production. As for his crime epic The Irishman, he’s been fairly tight-lipped about influences, but has now revealed a handful during an insightful conversation with Spike Lee. Check out the films (and a book mention) he discussed below, a few of which are now available in new brand-new restorations on Blu-ray.

While Scorsese said he didn’t screen many cinematic influences with cinematographer Rodrigo Prieto regarding the look of the film, it was important to get the tone of the movie right. “The tone of the movie, it had to be contemplative and an epic, but it had to be an intimate epic,” he said. “I showed a couple of Jean-Pierre Melville films, Le Doulos and Le deuxième souffle [aka Second Breath], with Jean-Paul Belmondo, both of those pictures. It’s a very different world, but I liked the understatement of it.”

Where to watch Le deuxième souffle: The Criterion Channel, DVD

“Then I showed a film called Touchez pas au grisbi, which means ‘Don’t touch the loot,’ which is a very famous early ’50s French gangster film with Jean Gabin,” Scorsese said. “When I was shooting [Robert De Niro] in Casino I felt he was taking on the stature of a late-to-middle-age Gabin. He had a lot of power to him but he had a serenity to him too and a coolness. Bob I felt was getting that way in Casino. Grisbi has a similar [theme] in the sense that they are older gangsters in Paris and they are getting involved in stuff they don’t want to get involved with. It’s really the tone, but I like the Gabin feeling of his deportment, how he presented himself.”

Where to watch: Blu-ray/DVD, Kanopy

“In fact, we used some of the harmonica music of grisbi in the film and Robbie Robertson did the harmonica based on the French noir music of the early 50s. Another one was Jules Dassin’s Rififi,” Scorsese said speaking to the classic heist film. “There was a period there where a lot of those films were coming over here.”

Where to watch: Blu-ray/DVD

“I’ve been obsessed with slow-motion since I first saw films. I guess for me, the slow-motion dreams in Los Olvidados are something that stayed with me for a long time,” Scorsese said. “I love the way that people’s expressions change and the movement of the flesh on the arms. It’s very, very high speed this camera, Phantom. I felt like it would be only two places: the Joe Colombo shooting in Columbus Circle and the wedding itself, because the wedding is a funeral. People laugh, ‘Oh, mob hits, and that sort of thing,’ [but] the Colombo thing gave me a chance to [capture] the pain of it, the suffering of all the people around, you see all their faces.

You see their family, the wife screaming. You see the hands grabbing the gun. It’s almost like Biblical tableau that I was going for. I think that camera gave it to me, but one has to be quite sparing with it, and I like the trance-like film.”

Where to watch: Amazon Prime

Speaking to the sound of the film, Scorsese said, “I made choices to take most of the music out anyway, because of the methodic nature of who he is, Frank, and once he has to do this terrible thing, we want to see him go step by step with it. Take them all the way through, the way he feels when he’s doing it. One has to be so careful with film music. Very often it tells you how to feel. But what if you are just uncomfortably watching this guy? It’s an air of finality that we have to witness this, the way it happens and then witness after.”

The director also had one specific influence for this feeling. “There’s a wonderful thing, the clean-up scene after the shower scene in Psycho. I mean, there’s Bernard Herrmann music there, but there’s something about when we first saw that film at the DeMille theater in the first week in a midnight screening, everybody’s screaming, the fact that we’re back in there. He’s just killed the lead of the movie and he’s cleaning up. What are we watching? The quotidian nature of it. I thought the whole last hour of the picture should be that way.”

Where to watch: Blu-ray/DVD, Starz

Journey to the End of the Night (Louis-Ferdinand Céline)

Shifting away from cinema, Scorsese specifically called out Louis-Ferdinand Céline’s book Journey to the End of the Night and the feeling of experience and regret a life of crime leads to. “I always talk about there’s a quote towards the end where the main character gets killed, he’s talking with his girlfriend. She says, ‘What happened to you?’ He says, ‘What happened to me is a whole life has happened to me’ and she shoots him. It’s a tough book. It’s ugly. When he says that, it hit me, he’s right. A whole life. Something I can never explain to you. You had to live it with me. You had to be me. That’s what we were trying to go for in the film.”

Where to read: Amazon

We’ll save the most obvious for last, which is less of an influence and simply the basis of the entire film. Charles Brandt’s book, culled from interviews with Frank Sheeran and many others, is an extensive, exhaustively researched look into the story Scorsese’s film is based on, but the director is not shy in revealing the liberties he took with writer Steve Zaillian. In the NYFF57 press conference, he said the following:

“A decision had to be made very clearly from even before I even read the book. I mean are we going to get into what could be considered conspiracy theories? What we wanted to deal with was the nature of who we are as human beings: the love, the betrayal, guilt or no guilt, forgiveness or no forgiveness. All of this, everything that else that’s played out, can be considered–and I’m not denigrating Charles Brandt’s book or what Frank Sheeran may have said because this is not Frank Sheeran in the film, it’s some character we all created–maybe considered something that is arguably to be contested and I didn’t want to muddy up the emotion and power of what he was going through and what Bufalino had to deal with and of course Jimmy’s sense of I’m above the law. Nobody’s above the law. Who says so? The higher-ups. Who are the higher-ups? Next thing you know people are missing. Do you really have to know how they’re missing and who really did what? Who shot Joey Gallo, really? I mean it’s the life that they’re in. They’re human beings. He’s not a psychotic in that sense. He’s a human being with his feelings and he finds himself at the most important part of his life in a moral conflict because he’s basically a good man yet he has to go through with it. And how does a good man live with himself after that?

He added, “Charles Brandt knows all this stuff and I believe he’s working on another project that is gonna get into that deeper…. ultimately what happens if we know the truth of that time? Will our lives change now? What does it do to us as human beings? What does it say to us about a society now about being above the law and being reckless as Joey Gallo was and as Jimmy became?”

Where to read: Amazon

The Irishman opens on November 1 in theaters and November 27 on Netflix. One can see all the theaters it’s coming to here and read our review from the 57th NYFF here.