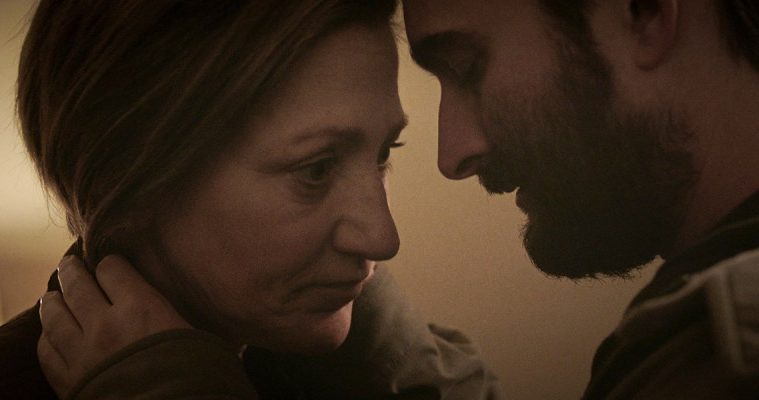 ‘Outside In’ Trailer: Edie Falco and Jay Duplass Ignite a Complicated Relationship

Lynn Shelton, who has found acclaim with Humpday and Your Sister’s Sister, returned to Toronto International Film Festival last fall with her drama Outside In. Starring Edie Falco and Jay Duplass as a teacher and former student, respectively, it follows the latter as he gets released from prison after two decades and they reconnect in unexpected ways. Now, ahead of a SXSW premiere and a release soon after, The Orchard has released the first trailer and poster.

We said in our review, “Although the narrative is being driven by the personal connections Chris builds following his prison stint, Shelton fails to break from convention, especially when it comes to the romance between Duplass and Falco’s characters, which has the kind of back and forth romantic yearning fit for a soap opera. It helps that they both have tremendous chemistry together; if that wasn’t the case, the relationship could have veered towards the cringe-worthy.”

After serving 20 years for the crime of essentially being in the wrong place at the wrong time, 38-year-old Chris (Jay Duplass) is granted early parole thanks largely to the tireless advocacy of Carol (Edie Falco), his former high-school teacher. As he struggles with the challenges of navigating the modern world as an ex-con, and with a fraught relationship with his brother Ted (Ben Schwartz), Chris ends up confessing his romantic love for Carol — a love that, given her marital status, Carol cannot reciprocate. Or can she? Carol longs for something her husband no longer provides. Meanwhile, Carol’s daughter Hildy (Kaitlyn Dever) befriends Chris, finding a kindred spirit in this awkward, tormented older guy.

Outside In opens on March 30 and hits VOD on April 3.