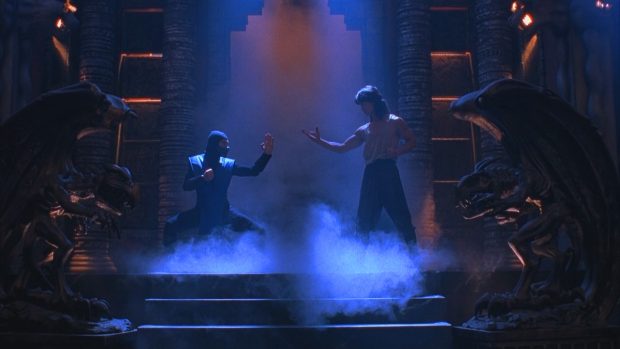 Explore video games onscreen with “Shall We Play a Game?” Showings include Mortal Kombat, Tron, and eXistenZ.

King of New York plays on 35mm this Friday.

“Joe Dante at the Movies” continues with the likes of a Looney Tunes–Artists and Models double-bill on Saturday, The ‘Burbs playing with It’s a Gift this Friday, and more.

As part of a new series on Werner Herzog‘s documentaries, Cave of Forgotten Dreams 3D and Fata Morgana play on Friday and Saturday.

A print of Amarcord screens before noon this weekend.

The Abyss (theatrical cut), Jaws, My Neighbor Totoro, and The Shining play at or near midnight.

The likes of Fellini and Joseph Losey play as part of the ongoing Gaumont retrospective.

The Hateful Eight and The Wild Bunch have multiple screenings as part of “See It Big! 70mm.”

Joan Crawford-starrer Sudden Fear screens in a new restoration, and a series of her home movies play on Sunday.

Booty Call on 35mm and Near Dark screen at midnight. The Goonies plays just before noon, brunch included.