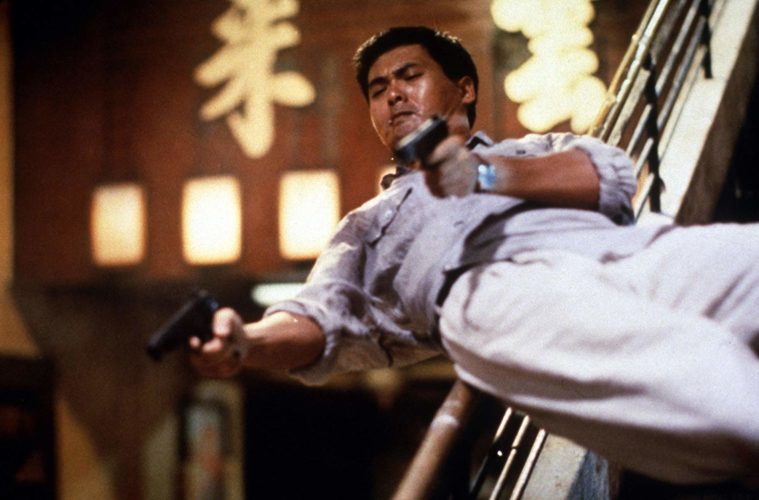 A particularly outstanding weekend for “See It Big! Action” offers Big Trouble in Little China on Friday, a John Woo double-bill of Hard Boiled and Face/Off on Saturday, and Die Hard this Sunday.

A Carlos Reygadas series is underway, with all of his pre-Our Time features screening through Sunday.

The series on 21st-century Latin-American cinema continues with Videofilia (and Other Viral Syndromes) on Sunday.

A print of Alamar plays on Saturday.

Bergman’s From the Life of Marionettes screens on Saturday, accompanied by a complementary short.

An American Tail and The Quiet Earth play at opposite ends of the day.

“Losing it at the Movies: Pauline Kael at 100” looks at the critic’s favorite (and less-than-favorite) films. Weekend showings include The Godfather, Bonnie and Clyde, True Stories, and Jackie Brown.

A series on filmmakers documenting their families offers work from Warhol, Akerman, Robert Frank and more.

The films of William Raban are given a retrospective.

“Decolonizing Cinema” continues, with showings including The Battle of Algiers, Sembène’s Mandabi, and Memories of Underdevelopment.

The retrospective of Jean-Claude Carrière continues as a look at Japanese documentarian Kazuo Hara.

The queer classic Punks and a print of A Nightmare on Elm Street 2 play early and late, respectively.