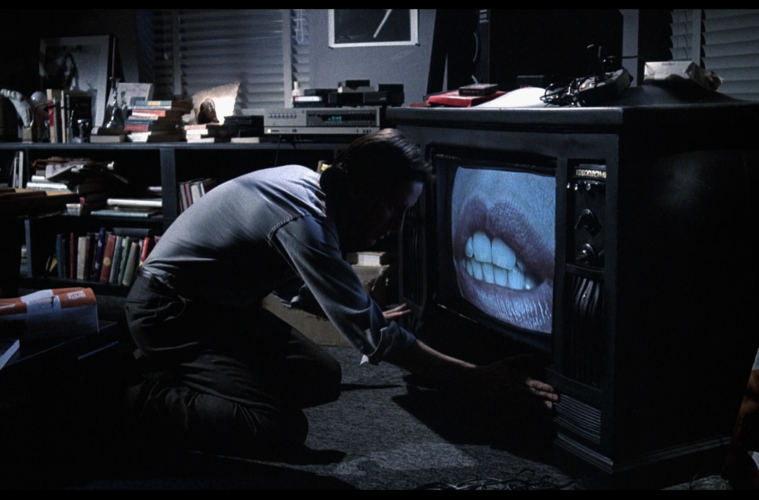 “It Came from Within: A David Cronenberg Horror Weekend” brings the director’s classics to the big screen.

“Classic 3-D” offers three dimensions of repertory viewing, with titles such as Dial M for Murder and House of Wax.

One of our greatest film talents, Mathieu Amalric, is celebrated in “Renaissance Man,” a series containing works he’s both starred and directed in.

Kinoscope are presenting a free screening of Zulawski‘s Possession on Friday.

“Behind the Mask: Bamboozled in Focus” highlights media saturation, and thus Network will show on Friday, while Elia Kazan‘s A Face in the Crowd plays this Sunday.

Tod Browning’s The Unknown will screen on Saturday.

For “Halloween at Nitehawk,” Hardware will screen at midnight and Romero‘s Day of the Dead will show before noon / with brunch.

Night of the Living Dead, Ghostbusters, and the eight-hour retrospective “A Night to Dismember” are sold-out, but one may be able to get standby tickets.

They Live, The House of the Devil, Ghostbusters, The Hills Have Eyes, and Mulholland Dr. will play at or near midnight.

2001: A Space Odyssey shows before noon.

Insiang, having recently been restored by the Film Foundation, will screen this weekend.

René Clair‘s The Ghost Goes West can be seen.

A Nightmare on Elm Street plays on Friday and Saturday.