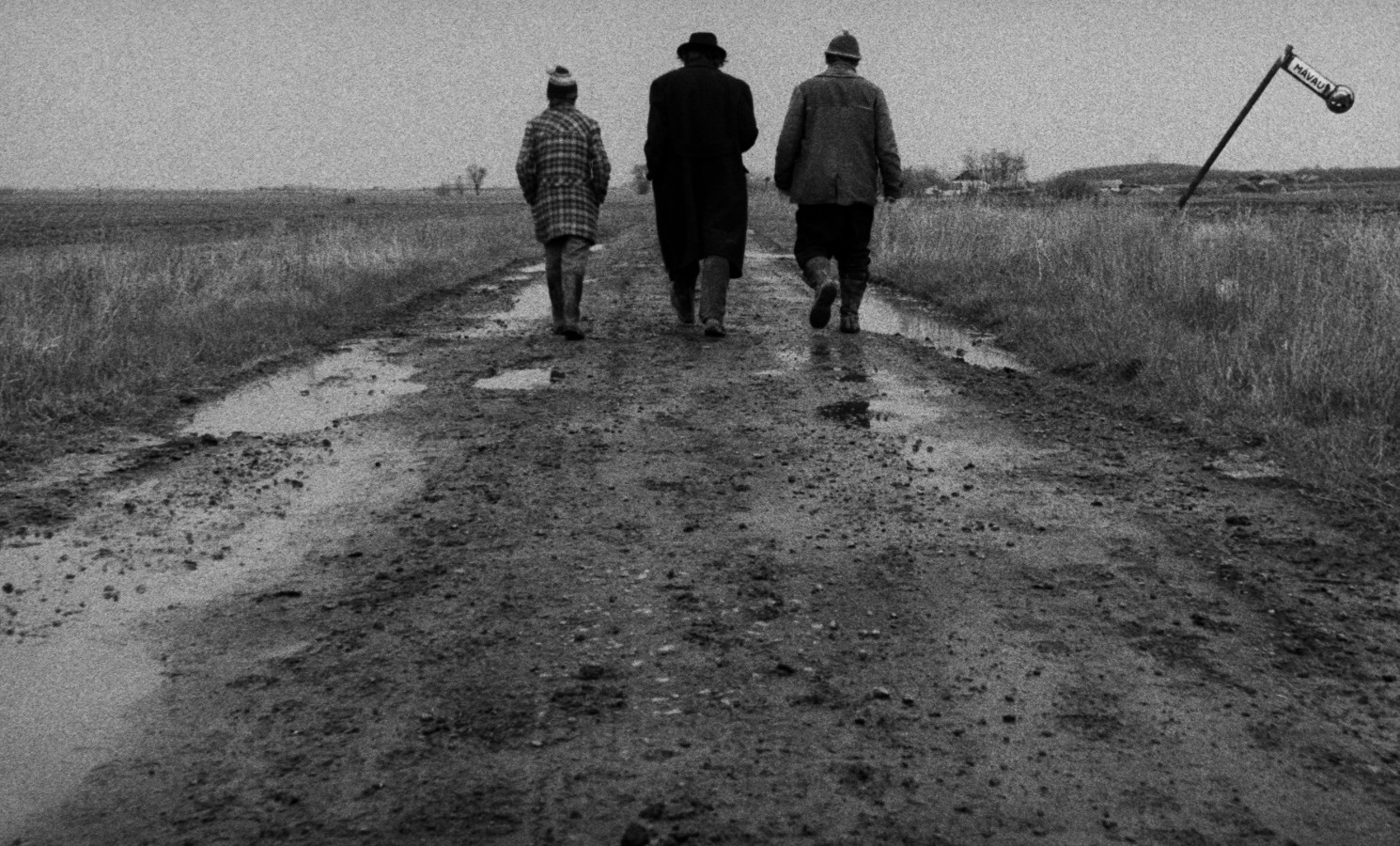 The horrors of war are often told through male-centric narratives. Heroes who go through hell on the battlefield, brothers who sacrifice everything for each other, soldiers who return home scarred for life etc., all of which we’ve seen put on the big screen time and again. But wars are of course collective nightmares, tears in the fabric of history that leave no one–men, women, children–unscathed.  This is the premise of Russian writer–director Kantemir Balagov’s second feature Beanpole, a radical relationship drama that examines the trauma of war from a distinctly female perspective. – Zhuo-Ning Su (full review)

Where to Stream: Kino Marquee (scroll down to see the list of theaters to support your local arthouse)

One of the most ambitious art projects known to humankind was finally unveiled to the world last year. Ilya Khrzhanovsky’s DAU explores the life of Nobel Prize-winning Soviet scientist Lev Landau, but it’s from the standard biopic. With over 700 hours of footage captured with 35mm cameras, the project spanned three years with a massive cast, all living in a working town. Early last year in Paris, DAU was made public to the world as part of an exhibit, which included a selection of 12 films as well as other experiences meant to immerse the attendee in this totalitarian world. A year later, at this year’s Berlinale Film Festival, the first theatrical releases were unveiled, DAU. Natasha and DAU. Degeneration, which our writer Rory O. Connor found to be as astonishing as they were shocking. Now, in a surprise release, they have been made available online, followed by what looks like other films in the series. Continue reading.

Where to Stream: Official Site

Few films perfectly capture the restlessness of girlhood quite like the feature debut from Anna Rose Holmer. A touch of magic realism elevates the tale of Toni (Royalty Hightower in an impressive breakout performance), a tomboy who witnesses members of her all-girl dance troupe fall victim to a mysterious, convulsive illness. What begins as a menacing epidemic, however, soon becomes an unlikely rite of passage, leaving Toni wishing she could be next. With its quiet poetry, excellent cinematography, and a naturally talented young cast–Hightower’s co-star Alexis Neblett emerges as a wonderful little powerhouse–The Fits adds to a decade defined by intelligent, worthwhile films about the female experience. – Amanda W.

For being perhaps the most consistent American filmmakers working together, the Coens’ relationship with Hollywood has been depicted in atypical ways throughout their career, most notably as a life-threatening nightmare. With Hail, Caesar!, they headed back to a time in which they were never able to make movies to do just that. All while poking fun at the perpetual machine-like grind of studio output, we get to witness a handful of genres lovingly brought to life by the brothers. Some may call it scattershot storytelling, but every piece of this Tinseltown puzzle works so impeccably well on its own that the cumulative effect makes for one of their most entertaining films. – Jordan R.

Where better than New York City to make a structuralist film? Cities are iterative, their street grids diagrams of theme and variation, and New York most of all—with its streets and avenues named for numbers and letters and states and cities and presidents and Revolutionary War generals spanning an archipelago, intersecting at a million little data points at which to measure class, race, culture, history, architecture and infrastructure. And time, too—from this human density emerge daily and seasonal rituals, a set of biorhythms, reliable as the earth’s, against which to mark gradual shifts and momentary fashions. Summer is for lounging on fire escapes, always, and, today, for Mister Softee. Yesterday it was shaved ice. Tomorrow, who knows? – Mark A. (full review)

Where to Stream: PBS

Les Misérables is–incredibly, it should be said–the first feature of Ladj Ly, a 39-year-old Saint Denis native and a product of Kourtrajmé, a short film collective that was set up by Romain Gavrais and Kim Chapiron in 1994. (Gavrais’ artistic fingerprints can be seen all over Ly’s fascination with football jerseys and male tribalism.) The film expands on a short Ly shot a couple of years back (also titled Les Misérables and winner of the best short film at France’s prestigious César awards) that focused on an anti-crime unit and the brutality of their policing. The same actors reprise their roles here in a debut that pops like a stun grenade despite the conventions of its opening sequences, the first of which takes place on the day of France’s world cup win last year, a rare unifying moment for the nation. Ly suggests that the only thing each of his characters–perhaps each of his countrymen–has in common is how good they think Kylian Mbappé (a French striker, notably of Algerian and Cameroonian heritage) really is. – Rory O. (full review)

The most stunning experience I had in a cinema last year was witnessing the new restoration of Béla Tarr’s 7-5 hour masterpiece Sátántangó. Now available for home viewing, the story of those in a small village as Communism crumbles makes for the ideal marathon viewing. A potent combination of humanity and brutality, the journey is one of truly setting the viewer in its intimate world, captured with stunning cinematography by Gábor Medvigy in every meticulous frame. – Jordan R.

Selah and the Spades (Tayarisha Poe)

It’s senior year for the infamous teenage faction heads who rule Haldwell right under its custodians’ noses—the final two semesters to ready the successors they’ve handpicked to continue stewarding the longstanding legacy of extracurricular opportunities their tandem organizations have provided this east coast boarding school’s student body for decades. The passing of the batons proves even more crucial for this graduating class, though, because of the ever-present desire to stop their behind the scenes activities by a newly instated headmaster (Jesse Williams) uninterested in turning a blind eye their way. Everything must therefore be perfectly planned and executed whether their senior prank, their usual series of clandestine parties, or their unfettered supply chain of the best narcotics a private campus student’s parents’ money can buy. – Jared M. (full review)

There are many highlights that can come out of a well-curated international film festival, especially one as high profile as Sundance. At the top of that list is foreign films that also herald fresh voices. The Sharks, written and directed by Lucía Garibaldi, boasts a bit of both. The film follows Rosina (Romina Bentancur), a young woman who lives in a seaside town with her family. She’s growing up fast, showing signs of budding sexually and violence. While she is intrigued by Joselo (Federico Morosini), an older boy who works for her father (Fabian Arenillas), her older sister recovers from a rather heinous injury we’re told was at the hands of Rosina. – Dan M. (full review)

An anomaly in David Lynch’s career but also one of his high points, packing just as much humanity as his other work, The Straight Story is a simple, beautiful tale of a widowed, retired farmer (Richard Farnsworth) who takes a journey to reconnect with his ailing brother (Harry Dean Stanton). Certainly the best film to arrive on Disney+, it’s now available on their streaming platform and makes for a beautiful story of yearning for connection in a time when we could all use it. – Jordan R.

The phrase a “white, white day” refers to a moment when the landscape and sky are so dense with snow, mist or fog that it is no longer clear where the two meet. In Iceland–where this bleak meteorological phenomena often occurs–there is a saying that on a day like that one can converse with the dead. Hlynur Pálmason’s second feature A White, White Day begins with that saying. We then witness a death on one such day as a car veers off the road. The woman driving is–or rather was–the wife of the local police chief. Pálmason’s excellent new film is an examination of that man’s stages of grief. – Rory O. (full review)

Where to Stream: Film Movement (scroll down to see the list of theaters to support your local arthouse)

This Is Not Berlin (review)