Sundance Review: ‘The Sharks’ Offers a Coming-of-Age Story with Some Bite 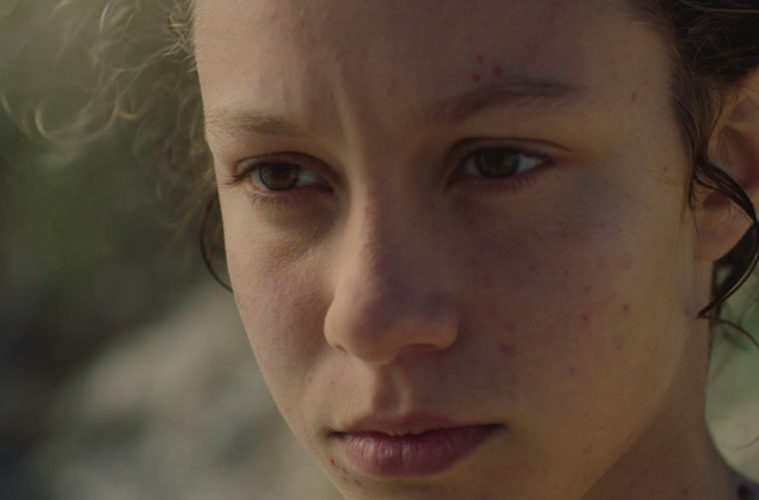 There are many highlights that can come out of a well-curated international film festival, especially one as high profile as Sundance. At the top of that list is foreign films that also herald fresh voices. The Sharks, written and directed by Lucía Garibaldi, boasts a bit of both. The film follows Rosina (Romina Bentancur), a young woman who lives in a seaside town with her family. She’s growing up fast, showing signs of budding sexually and violence. While she is intrigued by Joselo (Federico Morosini), an older boy who works for her father (Fabian Arenillas), her older sister recovers from a rather heinous injury we’re told was at the hands of Rosina.

At the neighborhood beach there’s a rumor of sharks and our lead is fascinated by the possibility. She does everything in her power to get noticed, especially by Joselo. In many ways, Garibaldi’s picture captures the strangeness of puberty with a truth that’s rather rare. Though the pace suffers from a spare narrative it’s hard not to remain transfixed by the characters themselves. Bentancur, by all accounts, was a non-professional actor when approved for this film, a risky bit of casting that pays off mightily. The young woman is transfixing on camera. Her close-ups are worth the price of admission alone. That the rest of the players cannot quite keep up is more a testament to Bentancur than a criticism of the rest. In fact, one would wager this is Garibaldi’s intent.

Rosina is a force of nature in this sleepy town. Engaged with as often as she is disregarded, we watch in anticipation of what she might do. It could be anything, after all. Her passions blossom from moment to moment, building out a tension which allows this character piece all the more memorable. Enough, in fact, to make the marked lack of sharks bearable. In truth, The Sharks is a small picture sure to grow in time for those who give it a look.

For Garibaldi, an Uruguayan filmmaker, this is a remarkably assured feature debut, complete with a synth score and long one-take scenes practically daring its viewers to reject it all. With much confidence, a strong lead performance, memorable setting, and a crisp aesthetic, this hopefully marks the beginning of much more from the young director.

The Sharks premiered at the Sundance Film Festival.