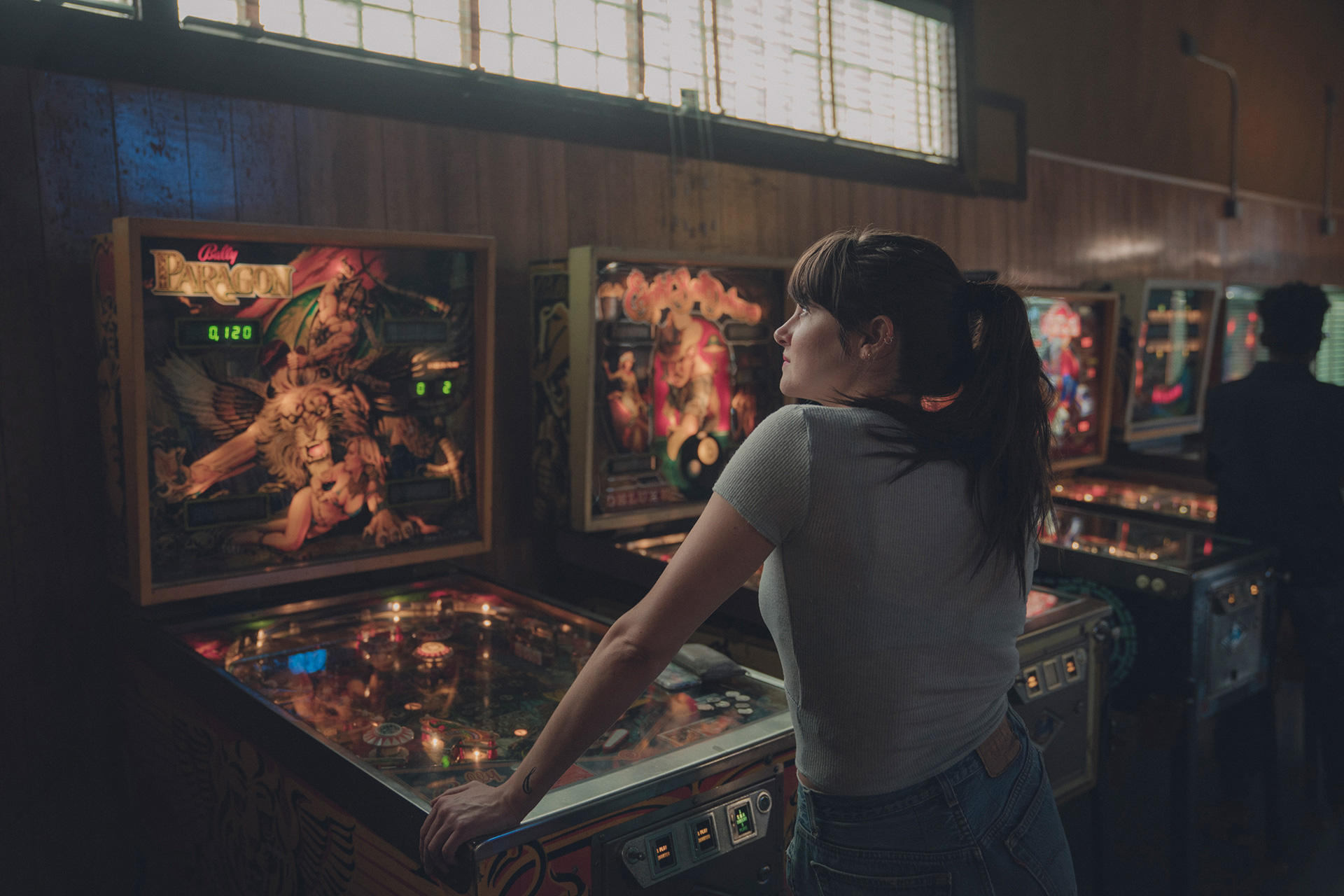 This isn’t a love triangle romance. Daphne (Shailene Woodley) hates feeling like the star of The Bachelorette upon learning the two men she sparks connections with at a party (Jamie Dornan’s Jack and Sebastian Stan’s Frank) are best friends. If she could, she’d walk away from both since this period of her life was supposed to revolve around a self-prescribed six-month sabbatical from all vices: alcohol and men alike. That’s not who she is, though. She’s never dealt with being alone well and this decision to jump into their respective beds without thinking so soon after breaking off her long-term relationship with Matthew Gray Gubler’s Adrian proves as much. The result should therefore be more complex and personal than a love triangle. It’s about distraction from self-loathing instead.

Because director Drake Doremus and co-writer Jardine Libaire have something worthwhile in this notion, their film Endings, Beginnings does at times appear to be headed towards a powerful cathartic release. While the act does ultimately occur due to the direction the plot follows forward, its potency is undercut in ways that guarantee it won’t realize its potential. The reason is simple: despite the underlying emotional complexity shared via triggered vignettes of memory, the film too often chooses to live in the present and thus within the love triangle it so desperately wants to subvert. As soon as that aspect becomes the focal point, however, we’re ostensibly told to care about Daphne’s budding relationships rather than the reasons she’s self-destructively pouring herself into them. We’re asked to remain on the surface.

It’s a shame because the stuff below is what’s truly captivating about Daphne’s trajectory. The awkwardness and willful deceit happening between her, Jack, and Frank is dramatic considering we know it’ll all have to be aired eventually, but that inevitability prevents us from truly caring about any of it. I found myself invested in the more intimate cause and effect reactions of these trysts. How does her lust for them impact the dynamic with her sister Billie (Lindsay Sloane)? How does it impact her job search? How about her continued feelings for Adrian or an as yet unexplained evening with Jed (Ben Esler)? Those are the important revelations and they’re more or less pushed to the side until we’re merely watching her problematic love life unfold.

This does her no favors since she obviously knows what she’s doing is wrong. In many ways Frank is a confident jerk and Jack a self-involved “nice guy” pushover, but that doesn’t excuse her clandestine dealings with them. And while she does deserve a benefit of doubt due to what’s happened to her and the messed up headspace dealing with it has cultivated, it’s impossible to provide it when the script constantly glosses over the past for a reveal that frankly comes too late. We’re instead briefly told about her father having a second family and her mother (Wendie Malick) always going from one man to the next as though these details are akin to superficial psychoanalysis. The truth, however, is darker. The journey demands some extra nuance.

I think the actors deserved it too because Woodley, Dornan, and Stan are all very good at embodying their characters. The men obviously have an easier time staying in their two-dimensional lanes of bestowing as much affection as they can without interrupting their otherwise selfishly motivated lives, but it works. That they also play fast and loose with their friendship to unwittingly dismiss Daphne as an object of fantasy is a byproduct of the script, not their performances. Woodley does her best to overcome that problem by portraying the pain and sorrow of her present even when we don’t fully understand it yet, but thinking her uncertainty towards love and inability to be alone is a product of a break-up for half of the film doesn’t help matters.

I’m not even sure why the truth is shrouded for so long. We glean bits and pieces (her last job only lasted six months, her moving into her sister’s pool house was abrupt, etc.), but this isn’t a mystery to be solved. It’s a character study that should be working to earn our empathy rather than a generic romance trading in empty, lustful affairs. The latter is how it’s presented, though, because of the gaps in information. You can’t just pluralize the film’s title and magically make it so everything that happens does on an even level. All the stuff in the middle with Jack and Frank isn’t independent from the “why” of before. Daphne endured a major ending that still greatly affects every single move she makes.

We’re literally watching the comma between that life-changing ending and the new beginning she’s desperate to take—one built upon the advice her sage yet too-often-forgotten friend (Kyra Sedgwick’s Ingrid) cryptically tries to give her throughout. Our knowing nothing about the past but bits and pieces of memories for so long is thus a disservice to what Daphne is going through and the performance Woodley gives. She’s fantastic in the lead role, but no amount of attractive cinematography or sound design (conversations are often poetically disjointed with thoughts finishing while mouths have stopped moving) can provide the assistance she needed from the script. I have to imagine then that a second viewing is where Endings, Beginnings truly shines. I’m just not sure I care enough to confirm it.

Endings, Beginnings will be available on Digital HD April 17 and VOD May 1.