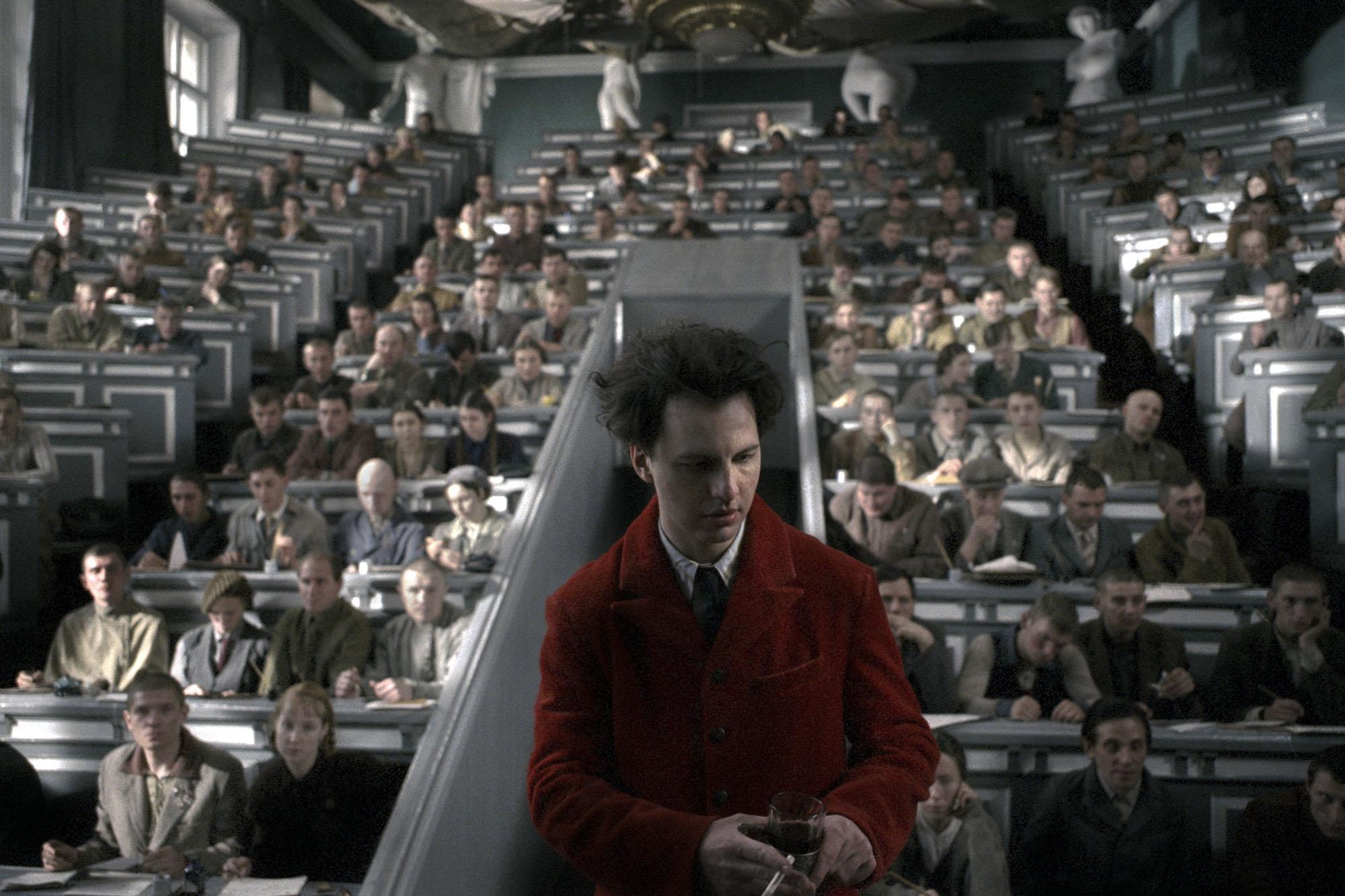 One of the most ambitious art projects known to humankind was finally unveiled to the world last year. Ilya Khrzhanovsky’s DAU explores the life of Nobel Prize-winning Soviet scientist Lev Landau, but it’s from the standard biopic. With over 700 hours of footage captured with 35mm cameras, the project spanned three years with a massive cast, all living in a working town. Early last year in Paris, DAU was made public to the world as part of an exhibit, which included a selection of 12 films as well as other experiences meant to immerse the attendee in this totalitarian world.

A year later, at this year’s Berlinale Film Festival, the first theatrical releases were unveiled, DAU. Natasha and DAU. Degeneration, which our writer Rory O. Connor found to be as astonishing as they were shocking. Now, in a surprise release, they have been made available online, followed by what looks like other films in the series. But first, we’ll let Rory provide an introduction for this world, from his Natasha review:

Has a production ever been so shrouded in mystery? Substantial security and non-disclosure agreements have, for the most part, succeeded in keeping a lid on Khrzhanovsky’s universe: a living, working Soviet town (with running water and electricity) that has apparently been in operation for years; populated with hundreds of cast members (400 characters and 10,000 extras) who live, eat, and presumably dream in-character; the crew wore costumes, too. DAU has its own passports and currency. The performance artist Marina Abramović has been amongst its guests. So has Brian Eno. Khrzhanovsky is said to have already shot 700 hours using only 35mm cameras, which were never hidden, and mostly with natural light. Whole months would go by when nothing was shot at all. The project was first conceived as a large scale but otherwise conventional biopic on the Soviet atomic weapons scientist Lev Landau (nicknamed DAU). Bankrolled by a telecommunications magnate and a host of European and Russian production companies, it has since grown into a Truman Show with no Truman (or maybe all Trumans). Khrzhanovsky’s megalomania similarly brings to mind Charlie Kaufman’s Synecdoche, New York.

These first two films, which stirred up controversy as well as awards upon their premiere, are now playing at the official DAU site, available for just $3 each. (Not a bad price, considering one is over six hours long.) The site also lists a total of fourteen films (two more than what premiered as part of the exhibit last year) and that a “test phase” is currently underway with a public release on April 21, where we presume more of these films will be available to rent.

With rumors that some of these works would make their way to other festivals such as Cannes and Venice, it looks like due to the ongoing pandemic those involved are attempting to build off the recent buzz and not wait any longer to invite viewers into this unprecedented experiment. After some of the controversy that was stirred up after the initial premieres, this also means a distributor won’t have to weather that storm and the world can judge for itself. While the first two films do carry an 18+ warning, the others seem to be tamer, with only a few more displaying the same tag.

Check out the synopsis and stills for these additional films and more on the official site, as well as some clips and the Berlinale press conference highlights below.