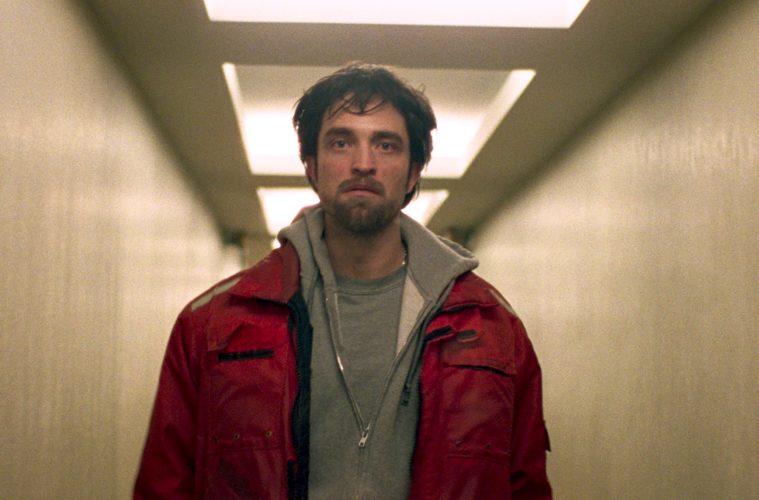 Set in the rough and tumble world of South Buffalo–the streets that raised tough guys like the crude former New York State gubernatorial candidate Carl Paladino–Buffaloed is a surprisingly fun comedy about the rise and fall of an up-and-coming hustler, gleefully played with a thick (and accurate) Western New York accent by Zoey Deutch. Deutch’s Peg Dahl aspires to not be another house-wife raising her kids on five-cent wings and starts running minor cons in high school until selling bootleg Buffalo Bills tickets lands her in prison. – John F. (full review)

End of the Century (Lucio Castro)

Two travelers—Ocho, an aspiring poet from New York, and Javi, a Spanish director from Germany—spend a single day together in Barcelona in the opening act of Lucio Castro’s debut feature End of the Century. Though they converse as if they had just met and hook up with the awkward nervousness of first-time lovers, it is clear that there is nothing casual or chance about their encounter. Their chemistry gives it away. Each layer added to the story—a second act prologue of their first meeting and a third act finale of their future—provides no answers and further complicates things, expanding the boundaries and limitations of time and space in order to properly represent their enigmatic relationship to one another. End of the Century is a love story drenched in a nostalgic magical realism that constantly shifts its own logic, as if recognizing the futility of containing its uncontainable romance. – Jason O. (full review)

The last film legendary Japanese ultra-violence auteur Takashi Miike brought to Cannes’ Directors’ Fortnight (Yakuza Apocalypse, 2015) featured a character that was essentially a person in a felt frog costume that looked like it’d gone through the wash a few too many times. The being had a knack for martial arts and, like some acid-trip Sesame Street version of the four horsemen, was said to signal the coming apocalypse. So to note that First Love, Miike’s latest deliriously violent mob film, which opened this week in that same renowned sidebar, is the more sober of the two is to perhaps not say a whole lot. – Rory O. (full review)

Like waking up to start your day in your dingy flat, only to realize you dosed three tabs of high-grade LSD before drifting off the night before; as the room shifts, your confusion rapidly develops into heart-thumping stress as you remember you have something really goddamn important to do today — life or death sorta stuff. This is the feverish, ultra-anxiety-inducing sensation that Good Time plunges viewers into from its opening seconds. A sort of cinema delirium, it pulses with a vibrant potency that reminds you film can grab you by the throat; I barely breathed, and I loved every second. – Mike M.

Shia LaBeouf’s staggering insight into his relationship with his father is one of the few films to understand the weight of parental-induced trauma, the way it shapes your entire being and the necessity to forgive yourself for their actions. Healing from these wounds is more complicated than words can describe, but LaBeouf writing a script about his childhood and playing his abusive father in the process is utilizing cinema as a medium of healing. This is a film about finding catharsis from your worst moments and memories. LaBeouf’s performance, particularly in its final moments, is revelatory, but it’s in the tired and frustrated young men (Noah Jupe and Lucas Hedges) he’s cast to play versions of himself that Honey Boy finds its truest connection. A work of art that can make living with your own pain easier. – Logan K.

You’ll be forgiven for not realizing one of this decade’s most enveloping, complex, haunting, and haunted performances exists almost exclusively on a bite-sized Adult Swim series. Stepping inside the labyrinthine world of On Cinema, however, reveals Gregg Turkington’s work as… Gregg Turkington, a film-obsessive psychotic whose passions veer almost exclusively towards the least-useful American studio movies of the last 30-or-so years. There is no sense of what is happening with him outside a movie-theater seat, save the occasional, overwhelmingly dire peek into what’s done to fuel his passions. Continue reading Nick Newman’s interview with Turkington.

It’s the single funniest “twist”—quote marks mine, but also, maybe, the movie’s as well—of anything you’ve seen this decade until its troubling implications diffuse forward and backward through everything else the movie has done, and maybe its second half is a pale imitation of the first and maybe a but-that’s-exactly-the-point justification is tired, but: this movie posits that everything we verbalize as original thought is a recapitulation of someone else’s idea, and if you’ll ever be able to fully shake that thought, you have my envy. – Nick N.

A Shaun the Sheep Movie: Farmageddon (Will Becher and Richard Phelan)

In the summer of 2015, Mad Max: Fury Road wasn’t the only nearly dialogue-free cinematic spectacle that showed how a total command of visual language within a fairly straightforward narrative structure could result in one of the best films of the year. There was also Shaun the Sheep Movie, coming from the immensely talented folks at Aardman Animations and arriving in the United States about six months following a debut in their home country of the United Kingdom. Five years later and they’re now back with the sequel, A Shaun the Sheep Movie: Farmageddon, which once again has a delayed release here, coming four months later and, this time, straight to Netflix. Embracing the sci-fi genre, they take out the world-saving doom and frightful creature effects this breed of films is known for, and instead deliver a light, cuddly adventure that’s a step below its predecessor in shear (sorry!) inventiveness but still containing a wealth of delightful comedic gags. – Jordan R. (full review)

After the quick succession of A Bigger Splash, Call Me by Your Name, and Suspiria, Luca Guadagnino is now back with the short film The Staggering Girl, which premiered at Cannes Film Festival last year and is now streaming on MUBI. Starring Julianne Moore, Mia Goth, Kyle MacLachlan, KiKi Layne, Marthe Keller, and Alba Rohrwacher, the film tells the story of Francesca, an Italian-American writer (Moore) who lives in New York and must return to Rome to retrieve her aging mother.

A witty portrait of a deferred career, marriage, motherhood, and a missing matriarch, Maria Semple’s hit novel Where’d You Go, Bernadette unfolded in epistolary fashion, making a unique challenge for Richard Linklater and co-writers Holly Gent and Vincent Palmo Jr. Finding an engaging tone between tightly-packed eccentricities and a more grounded portrait of mental illness is difficult, but his film’s rocky introduction eventually settles into an involving tale of self-discovery and how a woman’s dreams can be sidetracked without those closest to her realizing it. As if beholden to laying the narrative cards out on the table as quickly as possible, Linklater seemingly wants to throw as much as he can into the first act before cracking open our characters to see what makes them tick, leading to a more intimate, emotionally rewarding journey. – Jordan R. (full review)

Mustang
Some Like It Hot
Vanya on 42nd Street