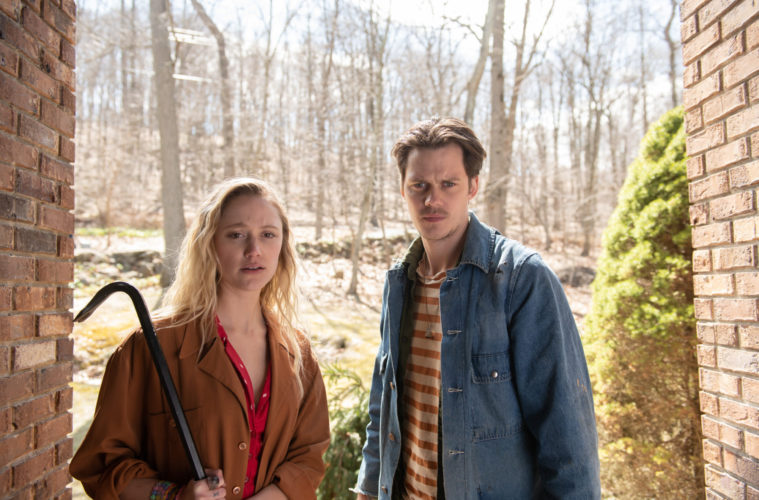 Two stand-outs of modern horror have teamed for a new genre feature. Two It stars–It Follows lead Maika Monroe and It‘s Pennywise himself Bill Skarsgård–get more than they bargained for when a home invasion goes awry in Villains. Directed by Dan Berk & Robert Olsen, the film premiered at SXSW to strong acclaim and ahead of a theatrical release this September, the first trailer has landed.

Film School Rejects‘ Abby Olcese said, “Villains is still a very fun exercise in genre and lets its performers go hog wild in exploring the comedic possibilities of its wacko characters. There are some standout moments that make the film worth experiencing, and it displays total commitment from every angle, from the performances to the impeccable set design and costumes.”

Mickey and Jules are lovers on the run, headed southbound for a fresh start in the Sunshine State. When their car dies after a gas station robbery, they break into a nearby house looking for a new set of wheels. What they find instead is a dark secret and a sweet-as-pie pair of homeowners who will do anything to keep it from getting out.