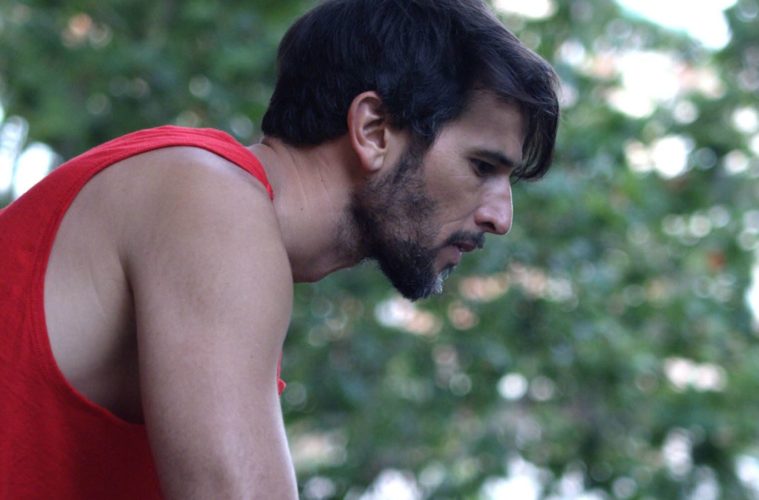 ND/NF Review: ‘End of the Century’ is a Love Story Drenched in a Nostalgic Magical Realism

Two travelers—Ocho, an aspiring poet from New York, and Javi, a Spanish director from Germany—spend a single day together in Barcelona in the opening act of Lucio Castro’s debut feature End of the Century. Though they converse as if they had just met and hook up with the awkward nervousness of first-time lovers, it is clear that there is nothing casual or chance about their encounter. Their chemistry gives it away. Each layer added to the story—a second act prologue of their first meeting and a third act finale of their future—provides no answers and further complicates things, expanding the boundaries and limitations of time and space in order to properly represent their enigmatic relationship to one another. End of the Century is a love story drenched in a nostalgic magical realism that constantly shifts its own logic, as if recognizing the futility of containing its uncontainable romance.

The film initially recalls filmmaker and Barcelona native Jose Luis Guerin’s In The City of Sylvia: both reveal the aimless flanerie of its protagonists to be active searching, and both preoccupy themselves with faulty memory and supplement the passage of time with dutiful explorations of space. Guerin’s film, at its simplest, uses this framework to investigate obsessive idealization and the crystallization of romantic qualities, whereas Castro embarks on a more tender approach. Ocho, constantly in a state of flux between each act, cannot seem to remember at all. His worldview between each act changes. In the past, the first time the two had met, Ocho has a convalescent epiphany in which he commits to a life lived in the interstices of time, of which he feels he can truly be free—a youthful, romantic undertaking. In the present, he discusses the different modalities of loneliness, recognizing the complex desire for other people but also space for oneself. In the future, he settles down, complacent but content, as if enlightened by their journey. Though time is blurred, there is a clear trajectory of growth and change impulsed by love.

The film never quite reaches the emotional peaks that its romance subgenre may imply, but also never betrays its candor with overwhelming Hollywood cliches. Instead, it maintains a calm, idyllic ambiance–halcyon European vacations spent leisurely exploring empty beaches and fabricating filial narratives for Grecian busts at museums. Each locale is characterized by calm pastel, undersaturated colors that reflect a timeless but naturalized beauty that occupies the space between postcard and reality. Castro’s pacing is also superb in this transitory sense, with each frame held on only as long as is comfortable. The runtime is brisk; the film never overstays its welcome and passes by both fluidly and abstractly, like a contemplated memory.

It is as if the eponymous passage towards year 2000—with all of the political and cultural ramifications that the queer films or millennium films of its ilk often concern themselves with —does not actually mean a thing. Javi notes that he is making a documentary about 2000, but cannot decide whether or not he is finished. It would be topical to release it before 2000, but it wouldn’t feel complete without incorporating 2000. That End of the Century comes out now, almost two decades after the fact, seems to foreground the pointlessness of pre-occupying oneself with time—each year is just another year.

End of the Century world premiered at New Directors/New Films 2019 and opens on August 16.