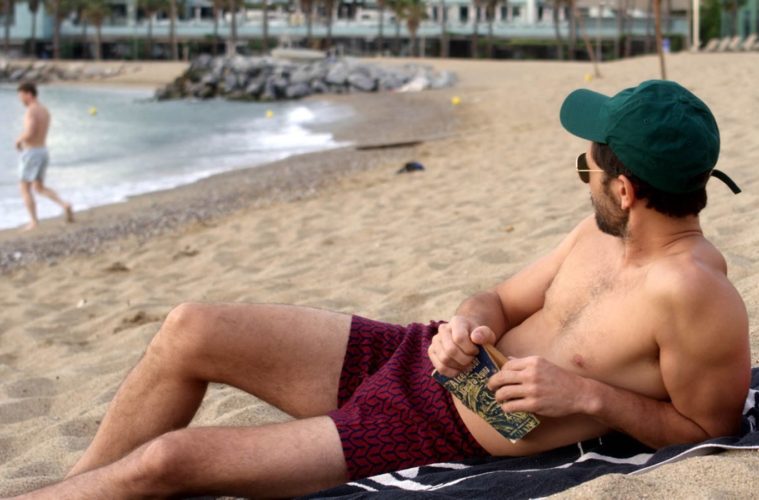 One of the most heartfelt, intimately ambitious directorial debuts I’ve seen this year is Lucio Castro’s End of the Century, which made its world premiere at New Directors/New Films earlier this year. Also awarded Best Argentine Film Award at BAFICI and Best First Feature Award at San Francisco’s LGBTQ, the film was picked up by Cinema Guild and will arrive in theaters starting next month. Today, we’re pleased to exclusively debut the beautiful first trailer.

Starring Juan Barberini, Ramón Pujol, and Mía Maestro, the film follows a seemingly random connection between two men that is then revealed to have a deeper meaning. With touches of the Before trilogy in both the way it plays with time as well as provide an intimate lens on a relationship, it’s essential viewing.

Jason Ooi said in our review, “Each layer added to the story—a second act prologue of their first meeting and a third act finale of their future—provides no answers and further complicates things, expanding the boundaries and limitations of time and space in order to properly represent their enigmatic relationship to one another. End of the Century is a love story drenched in a nostalgic magical realism that constantly shifts its own logic, as if recognizing the futility of containing its uncontainable romance.”

See the exclusive trailer and poster below, along with a conversation with the cast and crew from ND/NF.

In his alluring debut feature, Lucio Castro offers both a sun-soaked European travelogue and an epic, decades-spanning romance. When Ocho (Juan Barberini), a 30-something Argentine poet on vacation in Barcelona, spots Javi (Ramón Pujol), a Spaniard from Berlin, from the balcony of his Airbnb, the attraction is subtle but persistent. After a missed connection on the beach, a third chance encounter escalates to a seemingly random hookup. But are these two merely beautiful strangers in a foreign city or are they part of each other’s histories—and maybe even their destinies?

Castro deliberately parses out mystery after mystery, leading the audience on a journey of discovery as the two leading men discover themselves and each other. With sumptuous lensing of a Barcelona summertime and tangible chemistry between the actors, END OF THE CENTURY is a love story that echoes across time.

End of the Century opens on August 16 at IFC Center in NYC and September 20 at the Nuart Theatre in Los Angeles.