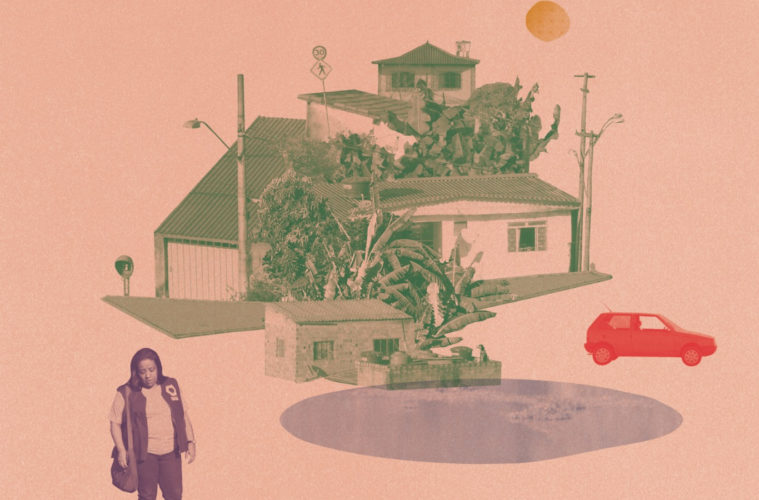 ND/NF Review: ‘Long Way Home’ is a Warm, Patient Study of the Rhythms of Everyday Life

Representing the rhythms of everyday life is, generally speaking, a particular concern of films situated outside the mainstream. Relatively free from the strictures of standard narratives dictated (for good and ill) by audience expectations and genres, a large portion of these filmmakers focus on the quotidian, attempting to find significance in the mundane. Naturally, this base idea leads to its own constellation of possibilities, caused by both social milieu and aesthetic predilection, but the same impulse can be seen throughout many films coming from many fundamentally separate filmmaking practices.

One such example is Long Way Home, a Brazilian film directed by André Novais Oliveira, in his second feature and narrative feature debut. Its central and almost exclusive focus is Juliana (Grace Passô), a woman who moves to the city of Contagem in order to work for a group dedicated combating the mosquito-spread Dengue fever. She is married but slightly estranged from her husband, Carlos, who is ultimately never seen in the film, and quickly forms new bonds with her coworkers and others in the new city.

From this modest premise, Novais Oliveira chooses to focus on the moment-to-moment interactions in conjunction with notable, sometimes jarring elisions. Generally, Long Way Home alternates between occupational visits to various homes, hunting for possible mosquito breeding grounds, and moments of relaxation, enjoying others’ company and moving along the unexpected currents of day-to-day life. The precise nature of these moments can, understandably, vary wildly, but their treatment, whether it concerns the abrupt departure of Juliana’s husband from his place of employment or a game of Street Fighter with her coworker Russão (Russo Apr), is relatively uniform in terms of emotional expression and affect.

Though this sense of evenness is fairly common among various strands of art cinema, especially in conjunction with the panning or static master shot style that Novais Oliveira largely favors throughout Long Way Home–there are only a few tracking shots–the purposeful lack of significant incident is slightly less so. Compounding this is the sometimes disconnected way in which the film flows from scene to scene, reflected not only in the jumps between work and leisure but also in terms of Juliana’s precise location and relationship to the characters in the scene: frequently, character introductions are dispensed with and the viewer must determine the identity of her companion.

An interaction midway through Long Way Home, where Juliana is persuaded to change her hairstyle while waiting for her friend, provides one of the film’s clearest examples of its approach: drawing out the moment, letting the conversational rhythms dictate Juliana’s emotional valence–slightly wary but also accepting, which largely characterizes her for most of the film–before cutting abruptly to a transitional shot showing the hairstyle change without emphasizing it. If Novais Oliveira can sometimes feel withholding in terms of truly digging into his central character–aside from one scene where Juliana talks about the death of her mother and a miscarriage–his sense of warmth and patience makes up for it.