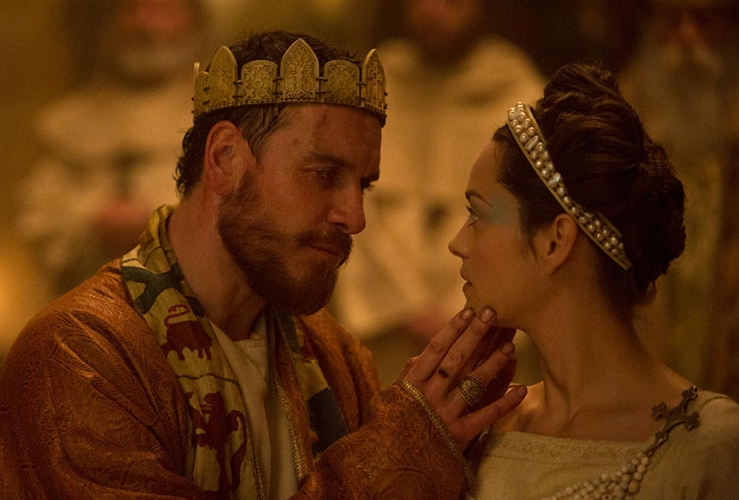 With just a few weeks to go until Cannes Film Festival kicks off, today brings yet another batch of images from highly-anticipated premieres. The first comes from Justin Kurzel’s new take on Macbeth, featuring Michael Fassbender and Marion Cotillard. Set to premiere in competition, it’s “a reimagining of what wartime must have been like for one of Shakespeare’s most famous and compelling characters, a story of all-consuming passion and ambition set in war-torn medieval Scotland.”

Kurzel tells Empire, “It reminded me a lot of a Western and of a landscape and atmosphere that felt much more dangerous than I’d ever seen before from adaptations of Macbeth.” Set for a U.K. release in October, hopefully we’ll get it in the U.S. around the same time. Check out the images below and return for our review.

We also have the first images from Apichatpong Weerasethakul‘s Cemetery of Splendour (Rak Ti Khon Kaen), which will premiere in the Un Certain Regard section. The film tells of a lonesome middle-age housewife who tends a soldier with sleeping sickness and falls into a hallucination that triggers strange dreams, phantoms, and romance. Check out three images and the poster below.

Lastly, we have a massive batch of images from two of our most-anticipated films, Miguel Gomes‘ three-part, six-hour Arabian Nights and Hou Hsiao-Hsien‘s long awaited 9th century tale The Assassin. The former, which premieres in Directors’ Fortnight, follows the director building, as the synopsis reads, “fictional stories from the miserable reality he is immersed in. However, failing to find meaning in his work, he cowardly runs away and leaves the beautiful Scheherazade to stand in his shoes.” Check out the images below for both films, along with synopses for all parts.