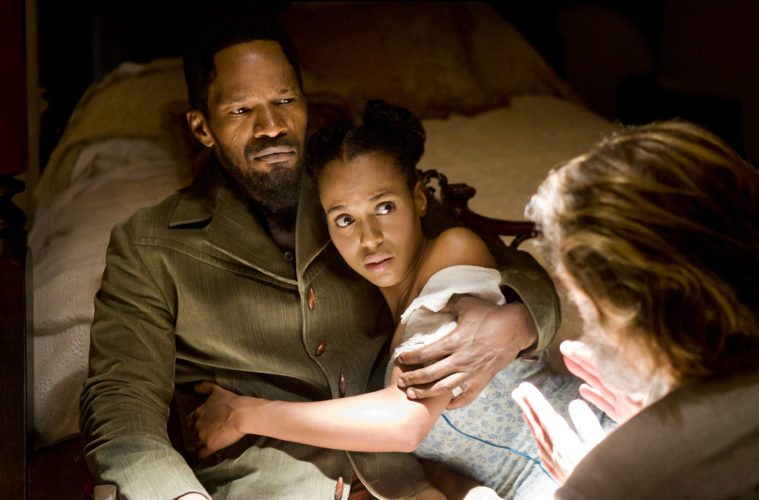 Although we’ve seen a handful of trailers for Quentin Tarantino‘s Django Unchained, there’s still much more to be uncovered for one of the most-anticipated movies this fall. As evidence in a batch of new stills arriving tonight, we’ve got our first look at a few previously veiled supporting players.

Below one can see Walton Goggins, fittingly perfectly as a slave wrangler to Leonardo DiCaprio‘s Calvin Candie. Then we’ve also got a look at Don Johnson as slave owner Spencer “Big Daddy” Bennett, a man who oversaw our main character (and his wife Broomhilda) being sold into slavery. There’s also much more to be had so check out all the stills above and below from Omelete via Tarantino Archives.