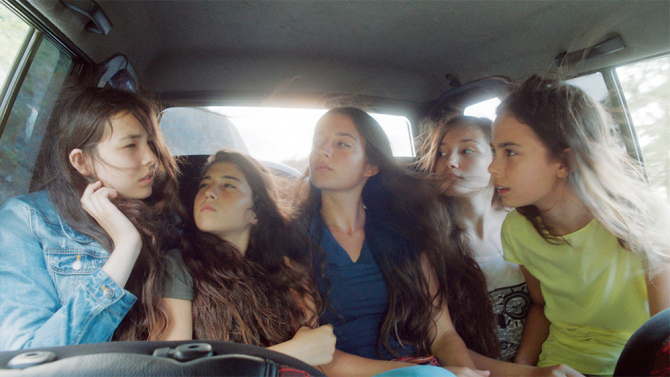 Buzz around Mustang has been strong since the film premiered at Cannes, and with it — France’s Oscar submission, and thus, in the country’s eyes, a stronger work than Palme d’Or winner Dheepan — hitting U.S. theaters in two months’ time, there’s now a trailer to sample. With all the shots of young sisters palling around and parents exerting control, the outpouring of pent-up emotions, and signs of portent, this certainly looks like a coming-of-age drama.

But when we saw writer-director Deniz Gamze Ergüven‘s feature debut at Cannes, we felt a unique cultural identity helped it amount to more than most genre entries. As our review stated, “With its utter lack of cynicism, Mustang doesn’t hit all the right notes, but is a well-crafted debut that does exactly what it set out to do in the first place. It is a hopeful, sometimes harrowing tale of five girls who struggle with the reality of ingrained cultural conservatism for some women in Turkey. Though the limits in their world are more extreme than in Western Europe or North America, broadly speaking, there is still a resonant quality of the lingering sexism that pervades more ‘exposed’ societies. In the end, it is refreshing to see a film directed by a young woman about girls and what they want from life in a cinematic landscape that all too often prioritizes the other sex.” Early summer in a village in Northern Turkey. Five free-spirited teenaged sisters splash about on the beach with their male classmates. The supposed debauchery of their games causes a scandal with unintended consequences: their family home slowly turns into a prison, classes on housework and cooking replace school, and marriages begin to be arranged. The fierce love between the sisters bonds them as they each find ways of rebelling and chasing freedom in this Cannes prize-winning film.

Mustang will enter a limited release on November 20.