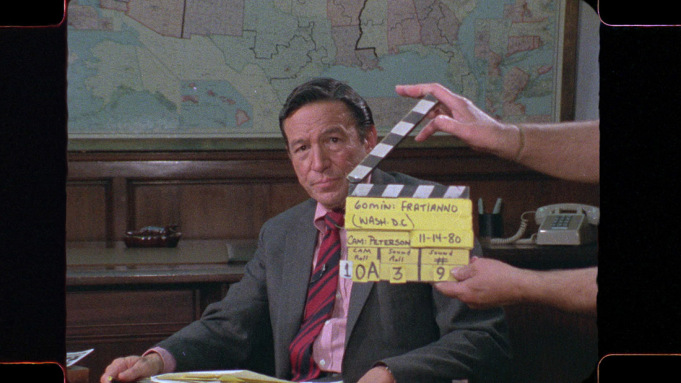 An official selection at the Sundance Film Festival, Magnolia Pictures has unveiled the first trailer for Avi Belkin’s documentary Mike Wallace is Here, set for a release this July. Aiming to be an unflinchingly nuanced portrait of the infamous reporter, the film shows the trajectory of Wallace from gameshow host to his eventual rise as one of the original correspondents for CBS’s 60 minutes. The trailer gives a glimpse of the hard-hitting questions Wallace was noted for that influenced and evolved journalism to the form we know.

Variety said in their review, “Belkin’s less interested in the man himself than his media footprint, currently at risk of being eroded by corporate conglomeration and bleats of “fake news!” He dashes through Wallace’s biography — the strict childhood during Great Depression, the acne scars that convinced him he had a face for radio, his suicide attempt, and most of his wives — to focus on how he transformed himself for a showboating charmer to a serious journalist.”

MIKE WALLACE IS HERE offers an unflinching look at the legendary reporter, who interrogated the 20th century’s biggest figures in his over fifty years on air, and his aggressive reporting style and showmanship that redefined what America came to expect from broadcasters. Unearthing decades of never-before-seen footage from the 60 Minutes vault, the film explores what drove and plagued Wallace, whose storied career was entwined with the evolution of journalism itself.