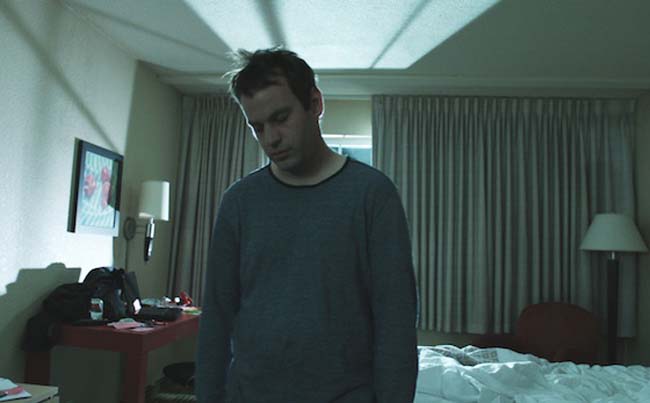 Mike Birbiglia’s ‘Sleepwalk With Me’ Trailer As we’ve recently seen comedian Louis C.K. explode into the mainstream with his personal, acute FX show Louie, another funnyman has opted to test out the feature film waters in a similar style. Premiering at Sundance this year, Mike Birbiglia‘s Sleepwalk With Me was one of our favorite films from the festival. Co-written by This American Life‘s Ira Glass, we called the film a “a surprisingly moving, modest motion picture about chasing dreams and leaving people behind, and how hard it is to do both.”

We’ve got our first look tonight, which does an excellent job at showing a mix of the comedy and drama. And Marc Maron even gets a bit of screentime. Check out the trailer and poster below via Apple for the film also starring Lauren Ambrose, James Rebhorn, Carol Kane , Cristin Milioti, Aya Cash, Lucy DeVito, David Wain, Angelic Zambrana and Loudon Wainwright III.

Based on comedian-turned-playwright-turned-filmmaker Mike Birbiglia’s successful one-man show, SLEEPWALK WITH ME turns passionate and personal storytelling into comic art. Birbiglia directed, co-wrote and stars as a burgeoning stand-up comedian struggling with the stress of a stalled career, a stale relationship threatening to race out of his control, and the wild spurts of severe sleepwalking he is desperate to ignore. Produced and co-written by Ira Glass (NPR’s “This American Life”), SLEEPWALK WITH ME features a stellar supporting cast that includes Lauren Ambrose (“Six Feet Under”), Carol Kane (Taxi), James Rebhorn (Meet the Parents), Cristin Milioti (“30 Rock”), and a sampling from the who’s who of today’s stand-up scene. Bursting with sincerity, Mike Birbiglia’s first foray into filmmaking marks the emergence of a hilarious and heartbreaking new voice.