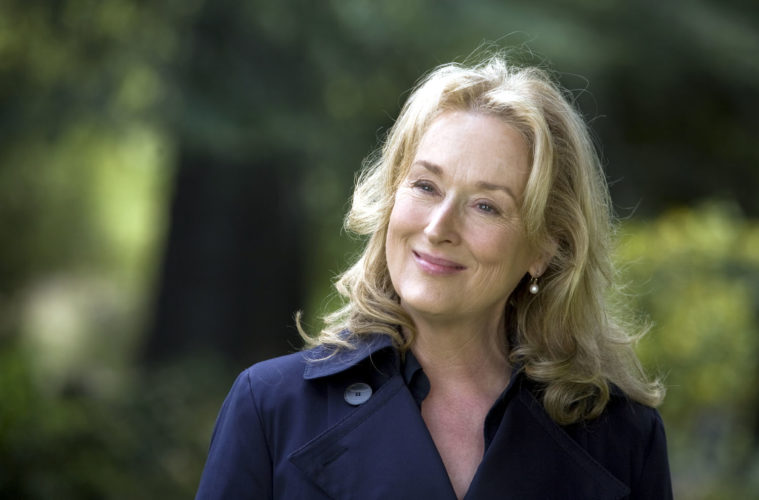 Don that hat and grab your umbrella because Meryl Streep in in talks to join the sequel to Mary Poppins, Variety reports. If Streep should accept, the Oscar winner joins Emily Blunt (who plays the titular Poppins) in Mary Poppins Returns, which would reunite the two and director Rob Marshall from Into the Woods — not to mention The Devil Wears Prada for the acting duo. Set in Depression-era London and concerns Jane and Michael Banks, who are now all grown up and have suffered a personal loss when they get a visit from the titular character. There is no news on who will play either Banks, but Hamilton star Manuel Miranda has been cast as Jack, a streetlamp lighter and friend of Blunt’s Poppins who will assumedly play a pivotal role in helping her coax the family out of sadness. The script is penned by David Magee, who recently adapted Life of Pi, and a release is set for December 25, 2018.

South Korean director Kim Ki-duk is stepping up to the big leagues, budget-wise. Variety reports that he’s prepping a new film titled Who is God? that will have a $37 million budget, which is around three times all of his previous 20 or so films combined. Described by the director as “the story of a conflict of faith – the wars between the tribes that worship nature and the kingdom that advocates religion… with plot lines (that) are richly interwoven with philosophy and Buddhist allegory,” former Disney chairman Dick Cook will produce the project. As one might expect, a Chinese release is already planned ahead of fall production start and those involved are looking at Liu Yifei to star with Yuen Wo-ping in talks to come aboard as the action director.

Next up, a press release informs us that Xavier Dolan has finalized his cast for The Death and Life of John F. Donovan as production begins. Starring Kit Harington, Jessica Chastain, Natalie Portman, Susan Sarandon, Kathy Bates, Michael Gambon, Bella Thorne, Sarah Gadon, Thandie Newton, Chris Zylka and Emily Hampshire, Indiewire reports that Ben Schnetzer (Goat, Warcraft) has stepped in for Nicholas Hoult for his role. Ahead of a likely release next year, check out the synopsis below.

The Death and Life of John F. Donovan takes place in the early 2000’s and centers on the tribulations of an American TV star in his late twenties (Harington) and his correspondence with Rupert Turner, a young actor-to-be living with his mother in England. Their lives take dramatic turns when the existence of their pen pal relationship is publicly exposed, eliciting the most ill-founded assumptions, and sending Donovan in a vertical downfall. A decade later, the young actor recollects his relationship with his past idol over the course of an interview.

Lastly, despite RoboCop not going so well for director Jose Padilha, he’ll be sticking with the English language for his next feature. Variety reports Rosamund Pike, Daniel Bruhl, and Vincent Cassel are in talks to star in his new thriller Entebbe. The Working Title project is based on the 1976 hijacking of a plane headed from Tel Aviv to Paris. Pike and Bruhl will take the roles of the German terrorists who held 248 hostages.