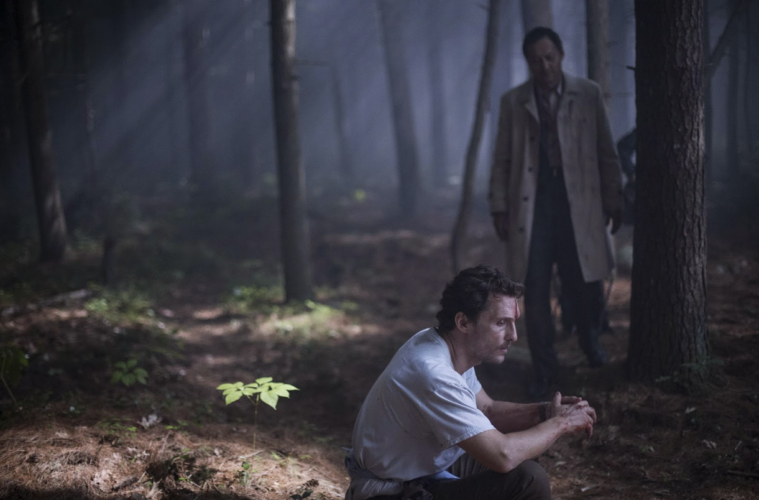 Every couple of weeks, I’ll wonder what happened to Gus Van Sant, that thought process always along the lines of, “So there was Restless in 2010, Promised Land in 2012, and nothing since then? What could he be doing?” And then I remember The Sea of Trees, the cause celebre (read: laughingstock) of last year’s Cannes Film Festival, and suddenly grow a bit sadder.

We already got a glimpse of the film ahead of its Japanese release; now the French opening has offered another preview. (Roadside Attractions will bring it to the U.S., but no word yet on when that might be.) While I’m willing to believe the reaction was overcooked and liked what’s shown herein — Matthew McConaughey! Naomi Watts! Ken Watanabe! beautiful locations! — that reaction also connects to our review in a rather uncomfortable way. As we said, “The genuinely captivating ambiguity of these early moments fools you into thinking The Sea of Trees could be a return to form for Van Sant, a tantalizing throwback to the days when a new release by the director was greeted with deserved anticipation. The rest of the film obliterates this promise and punishes you for being so gullible.”

See the preview below (via The Playlist):

Arthur Brennan (McConaughey) treks into Aokigahara, known as the Sea of Trees, a mysterious dense forest at the base of Japan’s Mount Fuji where people go to contemplate life and death. Having found the perfect place to die, Arthur encounters Takumi Nakamura (Watanabe), a Japanese man who has also lost his way. The two men begin a journey of reflection and survival, which affirms Arthur’s will to live and reconnects him to his love with his wife (Watts).