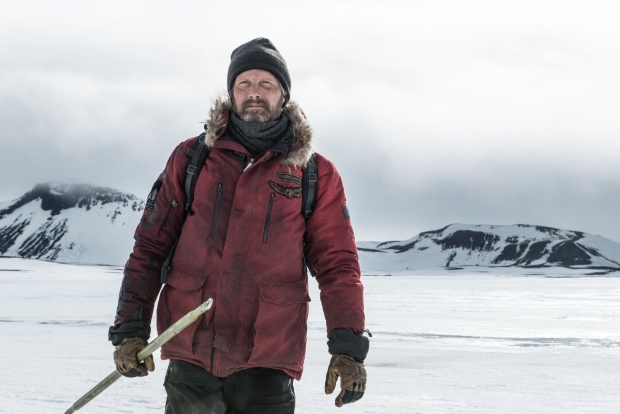 For his latest film, Mads Mikkelsen is in quite the chilly predicament. Arctic finds his character trapped in the freezing locale after a plane crash with little hope in sight. The directorial debut of Joe Penna, known for his viral videos, the first trailer has now arrived. Premiering in the warmth of the Cannes Film Festival, Bleecker Street has wisely set the film to debut in the frigid month of February.

“He was so committed to the role. He was in every single frame of the film,” Penna told The Guardian. “There are close ups of a glove that could literally be anybody – that was Mads. We did a few drone shots that are from really far away without Mads and I didn’t use any of them because you can tell.”

A man stranded in the Arctic after an airplane crash must decide whether to remain in the relative safety of his makeshift camp or to embark on a deadly trek through the unknown in hopes of making it out alive.