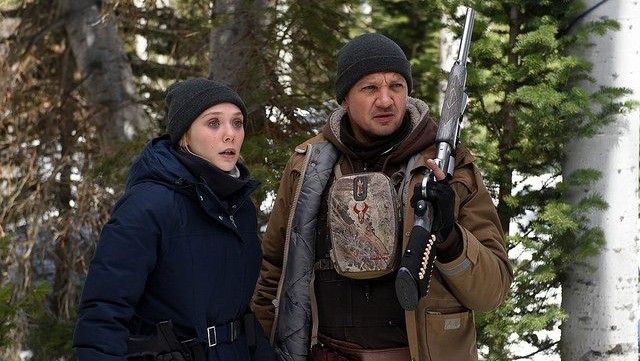 With the strongest one-two punch of first produced scripts in Hollywood the past few years, Taylor Sheridan has emerged as a distinctive voice in revitalizing tired (or all but dormant) genres. After scripting Sicario and Hell or High Water, he’s now gone fully behind the camera for his directorial debut Wind River, which blends both crime and western elements.

I said in my review, “Let down by muddy characterization and a choppy directorial style, the drama finally coheres in its final act to deliver the uncompromising thrills that have been Sheridan’s trademark.” Now stopping by Cannes ahead of an August release, the first trailer has landed for the film starring Jeremy Renner and Elizabeth Olsen.

WIND RIVER is a chilling thriller that follows a rookie FBI agent who teams up with a local game tracker with deep community ties and a haunted past to investigate the murder of a local girl on a remote Native American Reservation in the hopes of solving the mysterious death.