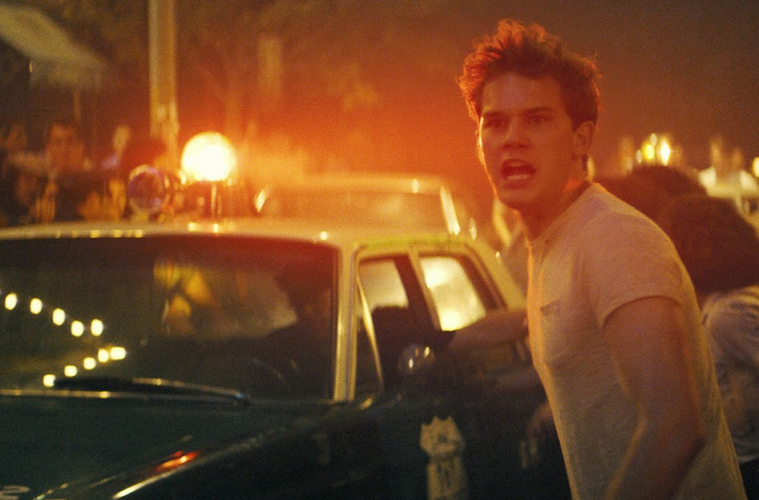 In between assaulting our senses with attacking the White House and then perhaps destroying it again for Independence Day 2, Roland Emmerich is heading to more personal, small-scale material with Stonewall. Set for a Toronto International Film Festival premiere ahead of a late-September release, Roadside Attractions has now released the first trailer.

The Jon Robin Baitz-scripted project tells the true story of a 1969 police raid at a Greenwich Village gay bar and the riots that would follow. Starting with some vintage footage of the actual fights, the trailer segues to what looks to be a compelling, timely drama. Starring Jeremy Irvine, Jonny Beauchamp, Joey King, Caleb Landry Jones, Jonathan Rhys Meyers, Ron Perlman, and Vladimir Alexis, check out the trailer below.

STONEWALL is a drama about a young man in New York caught up during the 1969 Stonewall Riots, a pivotal event widely considered the starting point for the modern gay civil rights movement. Kicked out of his own home, young Danny Winters (Jeremy Irvine) flees to NY, leaving behind his beloved sister (Joey King). Homeless and destitute, he befriends a group of street kids who soon introduce him to the watering hole of the local drag queens, gays, lesbians, and everything in between: The Stonewall Inn. However, this shady, mafia-run club is far from a safe-haven. At the bar, Danny meets the suave Trevor (Jonathan Rhys Meyers) before catching the eye of Ed Murphy (Ron Perlman), Stonewall’s repulsive manager who colludes with corrupt police, exploits homeless youth for financial gain, and is even suspected to have had a hand in some of their “disappearances.” It spirals out of control when the police unexpectedly raid Stonewall. In a storm of anger and with the toss of a single brick, a riot ensues and a crusade for equality is born.