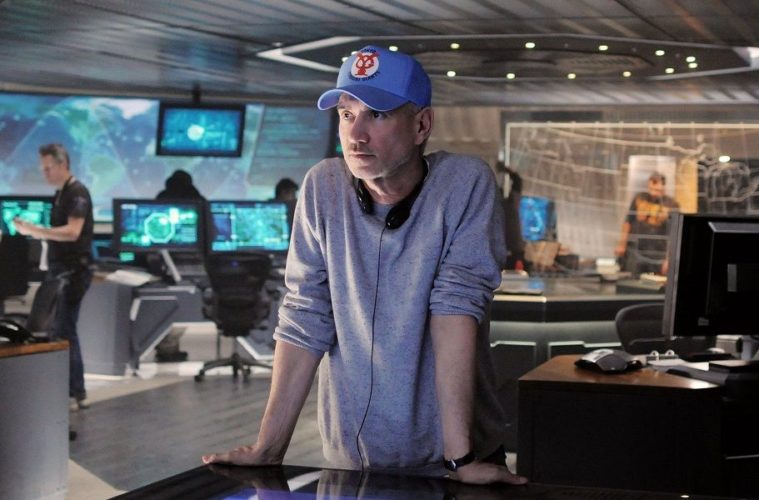 While Independence Day: Resurgence isn’t going over as well as the original, we found some things to appreciate. Nonetheless, Roland Emmerich is already gearing up for another sci-fi mammoth. Deadline reports Emmerich is teaming up with long-time collaborating writer Harald Kloser for Moonfall, which the pair wrote together in 2012 with screenwriter Spencer Cohen. Apparently a mix between Emmerich’s own 2012 and Spielberg’s Close Encounters Of The Third Kind, Moonfall’s titular event is quite literal as a band of misfits must unite to save our planet and everyone on it when the moon drops from orbit and plummets towards Earth.

There’s no dates attached to the project, but it has been fast-tracked by Universal and will be co-produced by Emmerich and Kloser. In the meantime, read our review of Independence Day: Resurgence and watch a video essay on why the original has held up after 20 years.

In news that doesn’t involve the Earth’s potential demise,

Flowers, a coming-of-age drama penned by Alex McAulay, has lined up a casting including Adam Scott, Zoey Deutch, Kathryn Hahn, and Tim Heidecker. It will be helmed by frequent TV-director Max Winkler, who has shot episodes of Brooklyn Nine-Nine, New Girl, and Lady Dynamite. This will be his second foray into cinema after 2010’s Ceremony. With this casting news comes our first hint at the story, with a hat tip to Variety. The script, which was on the 2012 Black List, follows a sexually adventurous teenaged girl who forms a bond with her obese, mentally-unstable brother. Also starring Joey Morgan, Dylan Gelula, Maya Eshet, Eric Edelstein, & Romy Byrne, Flowers is set to shoot sometime this summer.

Lastly, while still in pre-production, Jason Reitman’s (Juno, Labor Day, Up In The Air) next feature Tully has cast Mackenzie Davis (a highlight of Always Shine and Tribeca this year and upcoming star of the Blade Runner sequel) to play alongside Charlize Theron, Variety reports. The film is a about mother of three children (Theron), who receives a nanny (Davis, perhaps, but it’s unclear at this time) as a gift from her brother. What follows is the mother’s unique bond with the youthful nanny.

Tully is set for release sometime in 2017.