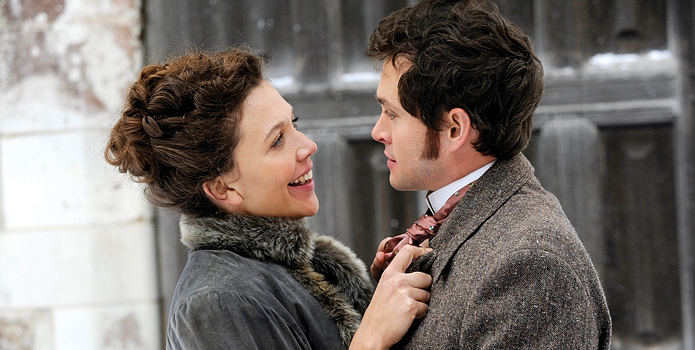 The film is titled Pioneer Woman and is based on Ree Drummond’s The Pioneer Woman: From Black Heels To Tractor Wheels. Drummond has a large online following, running her own blog and this book tells the true of her romantic fate. The film had its beginnings back in 2010 with Reese Witherspoon and she is still tied to the project in its current iteration. I can just imagine Matthew McConaughey jumping on board soon as the dreamy cowboy. While the subject matter doesn’t seem up my alley, I did appreciate the pacing and relatively light-hearted nature of Hysteria. Here’s hoping they can repeat the magic here. Check out a synopsis of the book below via Amazon.

“That’s when I saw him—the cowboy—across the smoky room.”

I’ll never forget that night. It was like a romance novel, an old Broadway musical, and a John Wayne western rolled into one. Out for a quick drink with friends, I wasn’t looking to meet anyone, let alone a tall, rugged cowboy who lived on a cattle ranch miles away from my cultured, corporate hometown. But before I knew it, I’d been struck with a lightning bolt . . . and I was completely powerless to stop it.

Read along as I recount the rip-roaring details of my unlikely romance with a chaps-wearing cowboy, from the early days of our courtship (complete with cows, horses, prairie fire, and passion) all the way through the first year of our marriage, which would be filled with more challenge and strife—and manure—than I ever could have expected.

This isn’t just my love story; it’s a universal tale of passion, romance, and all-encompassing love that sweeps us off our feet.

It’s the story of a cowboy. And Wranglers. And chaps.

And the girl who fell in love with them.