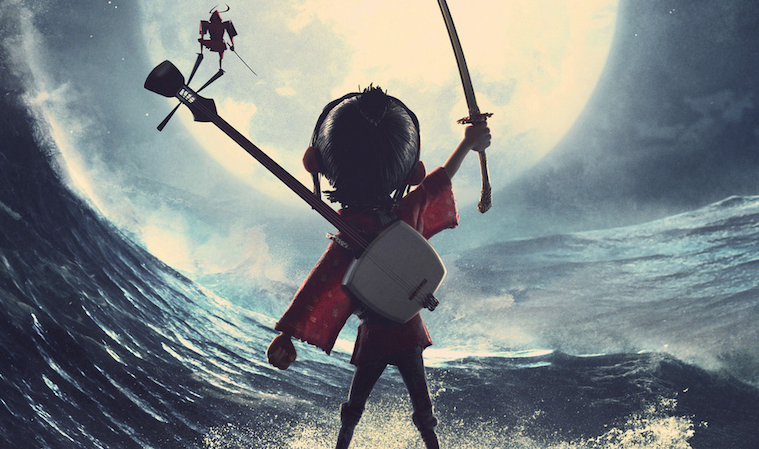 “I think what the films share in common is they definitely have strands of the same DNA,” Laika CEO Travis Knight told us last year. “That goes to our approach and our philosophy, which goes back to the kinds of films that we loved growing up, what we think is the best kind of filmmaking, which is really dynamic storytelling. You have an artful balance of darkness and light and you see that in the films that we’ve made to this point, where we don’t want to have a house style. We don’t want things visually or aesthetically to look the same. We don’t want them to cover the same kinds of thematic ground. What we do want to have is dynamic storytelling.”

The animation company is now back with their latest adventure with Kubo and the Two Strings, this time Knight helming solely. Coming from an original script by Marc Haimes and Chris Butler (ParaNorman) the stop-motion/CGI hybrid (like their last work) is described as a “sweeping, swashbuckling adventure set in a mythical ancient Japan.” Leading the voice cast is Art Parkinson, Matthew McConaughey, Charlize Theron, Rooney Mara, Ralph Fiennes, George Takei, Cary-Hiroyuki Tagawa, and Brenda Vaccaro, and the first trailer and poster can be seen below.

An epic action-adventure from acclaimed animation studio LAIKA. Clever, kindhearted Kubo (voiced by Art Parkinson of “Game of Thrones”) ekes out a humble living, telling fantastical stories to the people of his seaside town. But his relatively quiet existence is shattered when he accidentally summons a mythical spirit from his past which storms down from the heavens to enforce an age-old vendetta. Now on the run, Kubo joins forces with Monkey (Academy Award winner Charlize Theron) and Beetle (Academy Award winner Matthew McConaughey), and sets out on a thrilling quest to save his family and solve the mystery of his fallen father, the greatest samurai warrior the world has ever known. With the help of his shamisen – a magical musical instrument – Kubo must battle gods and monsters, including the vengeful Moon King (Academy Award nominee Ralph Fiennes) and the evil twin Sisters (Academy Award nominee Rooney Mara), to unlock the secret of his legacy, reunite his family and his heroic destiny. The all-star cast also includes George Takei, Cary-Hiroyuki Tagawa, and Brenda Vaccaro.