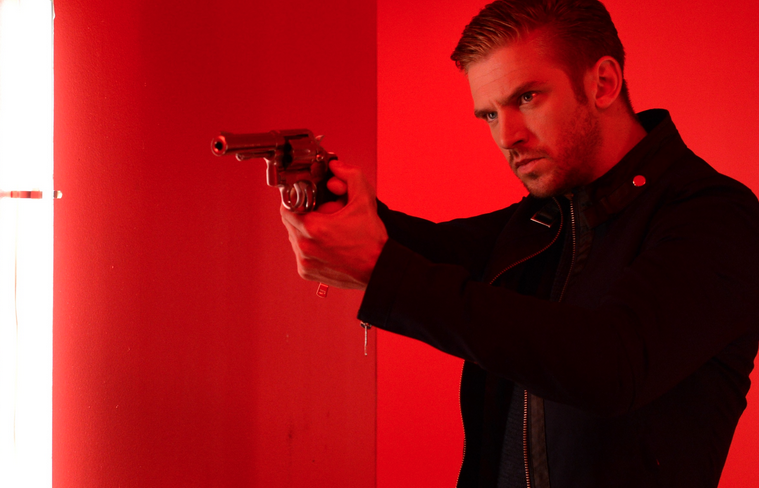 First Teaser For ‘The Guest’ Invites Dan Stevens Inside After last summer’s release of You’re Next, we thankfully don’t have wait as long for the next film from Adam Wingard and Simon Barrett. The Guest, premiering at Sundance Film Festival earlier this year, tracks a soldier who taken in to the home of the family of a fallen comrade, one who becomes a threat to those around him when they discover dangerous secrets in his past.

Ahead of a September release the first great teaser has arrived today, which just shows off enough to have us looking forward to this fall. We were fans of it at Sundance, saying in our review, it’s “a comfortably diverting riff on most all of the action/thriller elements from the ’80s that made performers like Kurt Russell bigger than life.” Led by Downton Abbey’s Dan Stevens, Maika Monroe, Leland Orser, Lance Reddick, Chase Williamson and Brendan Meyer, check it out below via IGN, along with a new poster: The Guest opens on September via Picturehouse.