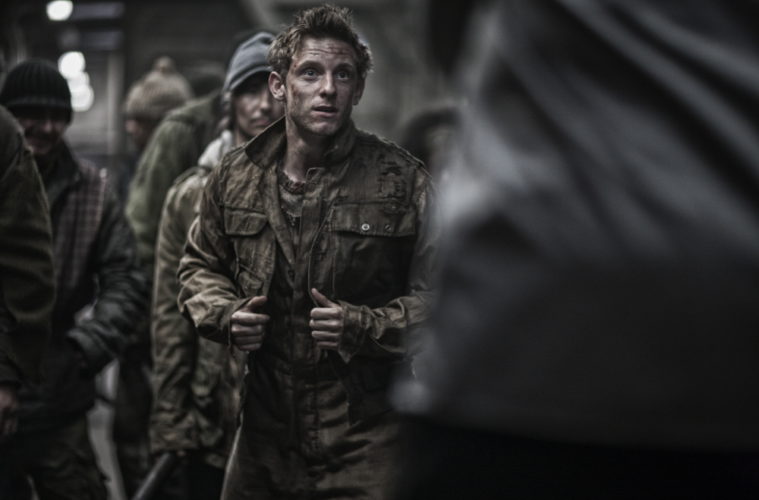 We just saw Hayao Miyazaki unspool his latest animation in theaters with no U.S. release date to speak of and now another international talent is gearing up with the release of his latest work with a similar predicament. Despite getting acquired by The Weinstein Company back in November, we’ve had zero word on when Bong Joon-ho‘s Snowpiercer will land in the rest of the world, but today brings news that our anticipation is justified.

Ahead of an August 1st bow in South Korea, the first reviews have landed and they are overwhelmingly positive. Over at Variety, Scott Foundas says the 125-minute film is an “enormously ambitious, visually stunning and richly satisfying futuristic epic.” He adds that it’s “a rare high-end sci-fi/fantasy pic made completely outside the studio system, and that even rarer case of an acclaimed foreign helmer working in English with no appreciable loss of his distinctive visual and storytelling style.

Meanwhile, Pierce Conran at Twitch says it’s “the most accomplished overseas work of any Korean filmmaker to-date. While it remains to be seen whether or not mainstream western audiences will embrace Bong’s dark and ferocious genre film, in many ways he’s already beaten Hollywood at its own game. A tour de force of science fiction, Snowpiercer is a singular and breathtaking cinematic experience.” Lastly, check out a few tweets below from other international journalists, followed by another treat.

Was incredibly lucky to see Bong Joon-ho's SNOWPIERCER today and it's awesome. Much darker, fiercer and inventive than anticipated.

SNOWPIERCER is easily the best thing Chris Evans has ever done, but Tilda Swinton steals the show. Bong Joon-ho has delivered sci-fi gold.

I loved SNOWPIERCER! Everyone's a bit surprised at how dark this film is, but it's a really powerful movie.

There's a lot of depth to the script, not so much the political satire of THE HOST – more of a serious, sometimes despairing tone.

Some people are saying it's too dark to succeed at the box office in Korea, but I'm still optimistic. It's utterly unique and exciting.

As we await news of further distribution, we’ve also got an extended animation prologue (via Twitch) that highlights the events that led to post-apocalyptic land of Snowpiercer. We don’t imagine it’ll be in the actual film, obviously, but it serves as a great introduction for what’s ahead. Check it out below for the film also starring Chris Evans, Song Kang-ho, Ko A-sung, Tilda Swinton, Jamie Bell, Octavia Spencer, Ewen Bremner, Alison Pill, John Hurt and Ed Harris.

What do you think of the first Snowpiercer reactions? What about the animation?