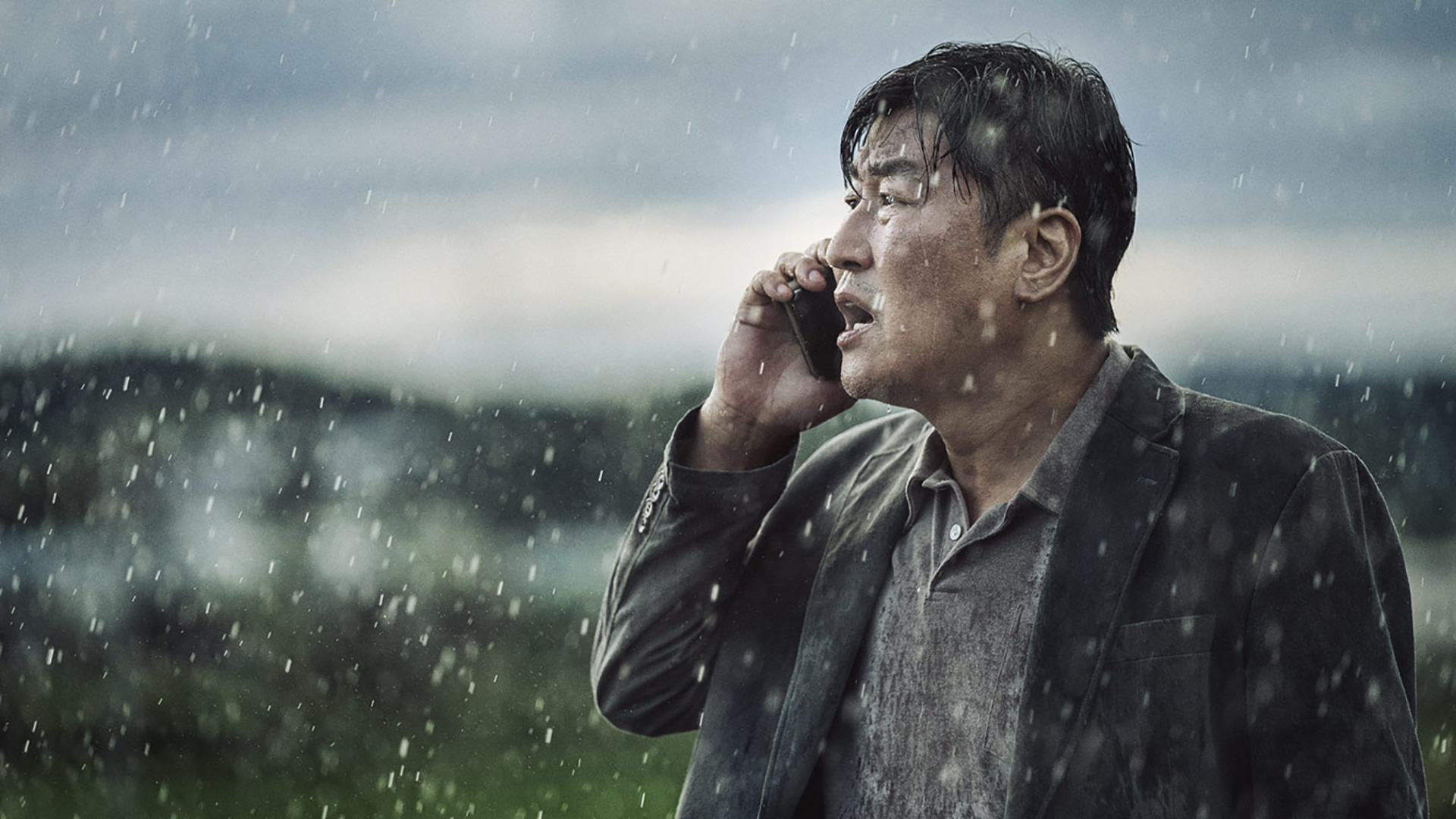 As described at the start of Jae-rim Han’s disaster film in the sky, everything is supposed to stop the moment a pilot initiates an Emergency Declaration. It alone lets everyone involved know that the plane is in real danger of crashing. Other aircraft are instantly diverted into circling patterns, the nearest runway is cleared for landing, and it becomes all-hands-on-deck to ensure the safety of passengers and crew. And the general populace condones those measures—they don’t know when they might be on the next flight in desperate need of a runaway. Since the protocol is mainly drawn for piloting issues, depleting fuel, or malfunctions that make time of the essence, however, things get much more complicated if the plane becomes a threat itself.

That’s what happens here, courtesy an act of bioterrorism. Suddenly those in positions of power must weigh the safety of the 200-or-so people on the plane against millions on the ground. You don’t have to imagine the ensuing chaos, either—we’re living through a pandemic that has made it only too real with quarantines, closed borders, and mandates shifting public complicity from matters of health to matters of political gain. Watching what happens onscreen thus hits close to home, but not because Han intentionally drew on COVID-19. He merely drew on a millennia of humanity’s unyielding fallibility and fear to hypothesize the impossible choices too many of us have had to make over these past three years.

The script was written in 2019, with production beginning pre-COVID before shutting down between March and September 2020. What a surreal experience it must have been for everyone to come back and tell a fictional story they literally just lived through; they saw how easy it was to throw morality and ethics out the window when self-preservation took hold. When passengers on this flight realize what’s happened, they go into overdrive trying to save their own skin rather than think about saving anyone else. It’s people refusing to wear masks and pretending the decision is akin to not wearing a seatbelt as “a personal choice,” despite the former putting everyone in danger while the latter only risks them. And governments, of course, do the same.

Therein lies the need for personal impact. Han knows that telling this story with the act of terrorism proving the only point of conflict wouldn’t end well. Doing so leaves everything to statistical analysis and bureaucratic red tape. Those dying of this blood-hemorrhaging virus would all die before anyone had the guts to make an actual decision, and that decision would probably be to just shoot them down anyway. Enter Detective In-ho Koo (Song Kang-ho), a genial man who once again let work interfere with vacation plans. He smiles and laughs when apologizing to his wife; he knows it’s no big deal. She’s going to Hawaii with a friend instead. It’s only upon discovering an online manifesto describing an in-flight attack that his disposition changes entirely.

This is a man uniquely positioned to have an impact on what officials like the Transport Minister (Jeon Do-yeon’s Sook-hee) and Presidential Crisis Management Center Chief (Park Hae-joon’s Tae-su) decide to do. He can take rumors seriously when even he would probably admit he wouldn’t have if his wife wasn’t going to be flying that same day. He can bang on doors with probable cause and storm into businesses hiding behind legal firewalls. While the government seeks to keep the most people safe as possible and those on the plane seek to keep themselves safe, In-ho cares only about his wife. He’ll let himself die before giving up on a potential avenue towards answers. Unfortunately, he can’t also land the plane. Heroes must rise there too.

Enter divorced dad Jae-hyuk (Lee Byung-hun). Here’s a guy who, though deathly afraid of flying, is doing what he can to help his young daughter leave behind a trying situation in Seoul. Not only does he recognize a man who acted strangely at the airport (Si-wan Yim’s Jin-seok), but someone in the flight crew (Nam-gil Kim’s co-pilot Hyun-soo) recognizes him too. Bad blood is shared between both pairs, ultimately leading to altercations that ramp up the proliferation of the aerosolized virus circulating through this hermetically sealed metal tube thousands of miles above land. And in the end his father will need to make some choices of his own to save the plane while fighting to save himself from a panic attack that risks killing them all.

The table is set. Those willing to let everyone on that plane die—either because they cannot afford to let the virus loose (Tae-su, Korea’s president, and seemingly every other nation who might be able to lend a hand) or because they initiated the terrorist attack themselves (Jin-seok)—versus those trying to save them (In-ho, Sook-hee, Jae-hyuk, and So-jin Kim’s chief flight attendant Hee-jin). At almost two-and-a-half-hours, Emergency Declaration possesses ample time for those two rivals to let loose with every possible scenario. It leads to some truly harrowing moments of suspense, from the plane going into freefall to a high-speed chase on the ground in pursuit of a possible accomplice. And some devastating realizations at the eleventh hour once mortality issues shift from survival to protection.

Where things get a bit exasperating is Han’s penchant to have his cake and eat it too. Every dramatic setpiece comes with a good and bad result. Rather than choose one each time, he almost always wields both. Add a rather loud and manipulative score to the mix and these plays at cliffhanger twists just end up being frustrating examples of delayed gratification. Whenever the script seemingly makes up its mind, you can be sure that it will scream “gotcha” and reverse course en route to another bait-and-switch. Things look like they are solved? They aren’t. Things look hopeless? They aren’t. I don’t want to get into details and risk spoilers, but there are about three logical ending points ignored for extra theatrics.

That’s the modus operandi of these films. Stretch them for all the audience is worth. I just can’t ignore that every one of those potential ends felt solid enough that I looked at my watch to realize there were still 90 minutes left. An hour. 30 minutes. So you know something is going to keep this party going. And when the disaster itself is confined to a single locale so far removed from the rest of civilization, the stakes diminish with each fresh thread too. Because regardless of these conflicts being “new,” they’re the same. The plane is in danger. It can’t land until a plan to alleviate that danger is made on the ground. Everything that occurs reinforces those two truths.

Even so, it’s never boring. While Han dials up the emotion whenever he can, he does let impulse rule the action with little interference. Fights. Crashes. Near-crashes. Run-ins with hostile nations in unsanctioned airspace. When one entity decides to put a foot down, the atmosphere moves from calm to turbulent on a dime. It helps that Song and Lee are so good at going to eleven when necessary. With Jeon and both Kims providing steadier hands for each respectively, hot heads are allowed to exacerbate things and prove this isn’t a situation that can be sat upon and deliberated indefinitely. The same goes for a public watching with bated breath: they will eventually inject themselves into the drama, helping and hurting in equal measure.