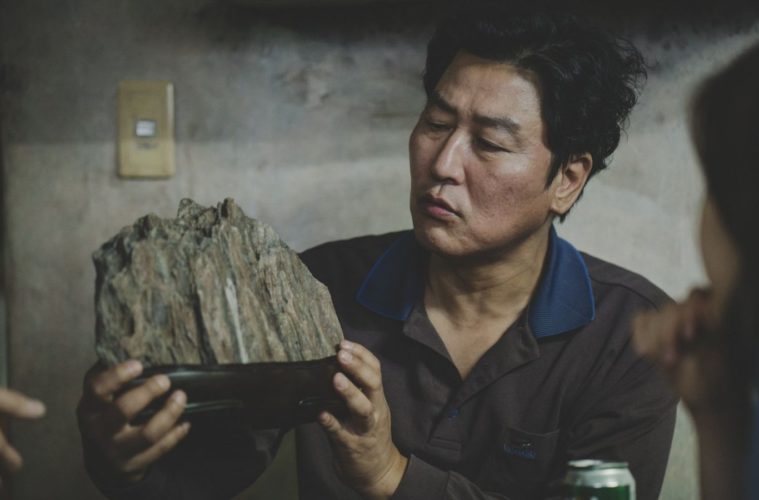 Donald Trump may not be able to overcome the one-inch tall barrier of subtitles, but the post-Oscars ride of Parasite is continuing full steam ahead. Despite the film already being available on home video and digital, its box office continues to skyrocket and it has now been digitally remastered into the IMAX format, opening today for a one-week run in over 200 IMAX locations across the U.S. and Canda. (See locations here.) As the film continues its run, the stars of Bong Joon Ho’s films are now looking ahead to their next projects.

A massive star even before Parasite took the world by storm, Song Kang-ho took a bit of a break in order to promote his film and now he’s back, having announced his first role since his Palme d’Or winner. Variety reports he’ll be teaming with two other icons, Jeon Do-yeon (Secret Sunshine) and Lee Byung-hun (I Saw the Devil, The Good, the Bad, the Weird) for the disaster action movie Emergency Declaration.

Directed by Han Jae-rim (The King, The Face Reader), pre-production is already underway for a likely year-end release. Described by the studio Showbox as ”an airborne blockbuster about an aircraft forced to declare an emergency when an unprecedented terror incident occurs in-flight,” the film has quite the star power and hopefully we’ll see it in the U.S. sometime in 2021.

As we await the film, check out the Parasite team’s recent press conference in South Korea discussing the epic journey of their Best Picture winner. One can also read our two interviews with Song here and here.