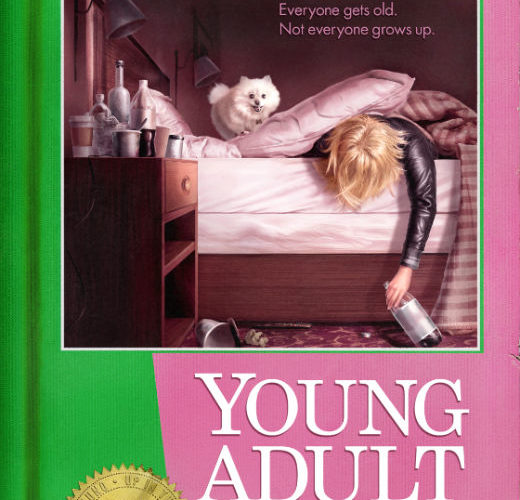 After crafting fairly please-all comedy/dramas with his first three film, Jason Reitman is said to be changing it up with his latest feature. Re-teaming with his Oscar-winning Juno writer Diablo Cody, Young Adult follows a reportedly “unlikable” Charlize Theron who returns to her hometown.

THR provides the first poster below which takes a nod from Theron’s character, who is a young adult novelist (get it?) who is also an adult who acts younger than her age (again, get it?). The poster is fine for a teaser and I like how it is selling the style, rather than the faces of the actors, also made up of Patton Oswalt, Elizabeth Reaser and Patrick Wilson. Check it out below. Academy Award® winner Charlize Theron plays Mavis Gary, a writer of teen literature who returns to her small hometown to relive her glory days and attempt to reclaim her happily married high school sweetheart (Patrick Wilson). When returning home proves more difficult than she thought, Mavis forms an unusual bond with a former classmate (Patton Oswalt) who hasn’t quite gotten over high school, either.