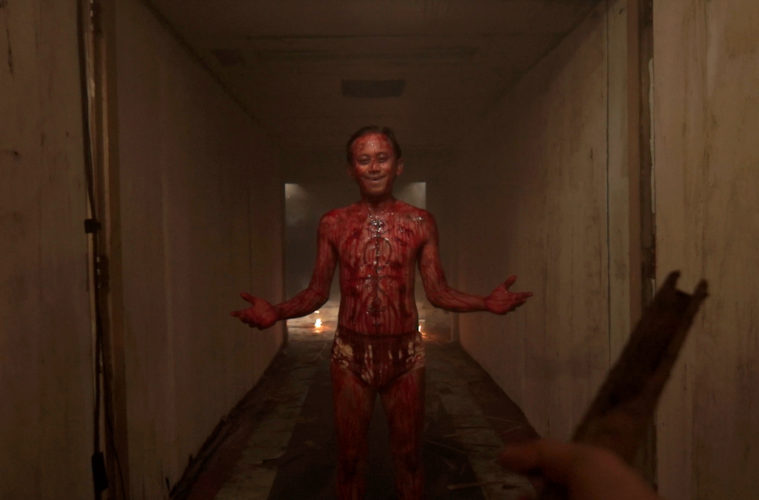 The nostalgic fascination with magnetic tape continues as, almost a year after V/H/S premiered at Sundance, the producers behind the horror anthology are hard at work on another video cassette-inspired sick flick. If a newly released image is any proof, the second installment should prove just as gory as the original.

Less than a month after it was announced, production has started on the found footage sequel S-VHS (a much more clever title compared to the previous one, V/H/S/2). It promises a whole new batch of vignettes created by some of today’s notable horror helmers, the likes of which includes Eduardo Sanchez and Greg Hale, who launched the found footage phenomenon with their little indie The Blair Witch Project. Also contributing is the directing team of Gareth Evans (The Raid) & Timo Tjahjanto (Macabre), Jason Eisener (Hobo With A Shotgun), returning party Adam Wingard (You’re Next), and writer Simon Barrett, who makes his directorial debut with this project.

The single image comes from the segment made by Evans and Tjahjanto, and, while it doesn’t reveal too many details, it definitely makes an impression. See that, courtesy of Twitch, below: Shooting on S-VHS is scheduled in Los Angeles, British Columbia, Maryland, Nova Scotia and Indonesia. No release date has been set.

Did you see V/H/S? Are you looking forward to a second entry?