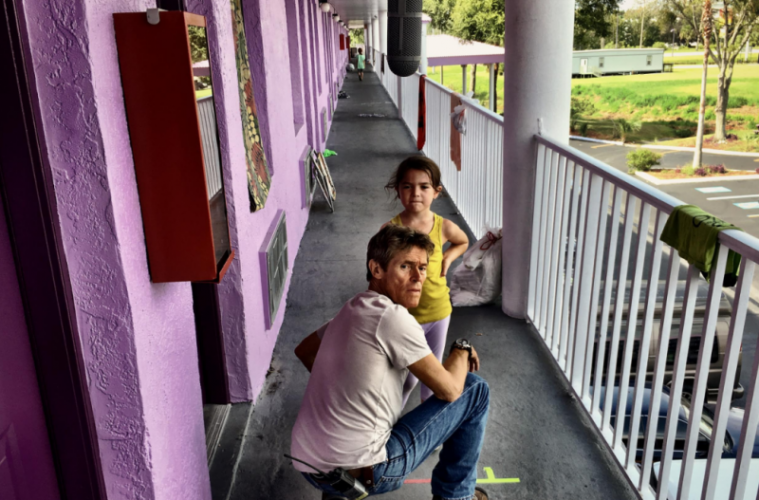 With some of the most inventive, energetic direction we’ve seen this decade, last year’s Tangerine was one of the most essential dramas of last year, and not just due to seeing what one can accomplish just on an iPhone. Director Sean Baker wasted little time getting his follow-up together and after completing production down south, we now have the first images and new details for The Florida Project.

Co-written by Chris Bergoch, Indiewire reports that it “tells the story of a precocious six year old and her rag-tag group of close friends whose summer break is filled with childhood wonder, possibility, and a sense of adventure, while their parents and the adults around them struggle with hard times.” Not much more is known about the story, but the title refers to when Disney began buying up land to make Disney World, so if we had to take a guess — judging by the first stills — it’ll look at the economic disparity between the multi-billion dollar company and the lives of our main characters.

While Willem Dafoe plays one of the main characters, newcomer Brooklynn Prince takes the lead as the six-year-old and Caleb Landry Jones appears in a smaller role. Rather than utilizing iPhone again, cinematographer Alexis Zabe (Post Tenebras Lux) used anamorphic 35mm, and Baker notes he’s particularly excited by the “extremely different” way they captured the sun-filled skies of the state. With editing already underway, we wouldn’t be surprised to see this one show up as early as Sundance.

Update: Photos removed at the request of Indiewire, but you can see them on their site.

The Florida Project will likely premiere in 2017.