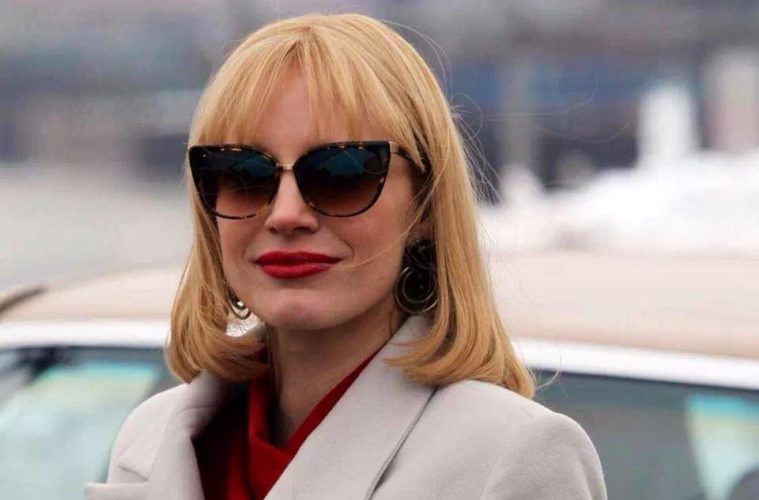 After spending extensive time with just Robert Redford at sea, All is Lost director J.C. Chandor is returning to a bigger ensemble, akin to his debut Margin Call, for his next film. A Most Violent Year has been in production for a couple of weeks now and those behind the film have been providing generous updates on both Facebook and Twitter, with our first look at our leads arriving today.

Above is Jessica Chastain, while one can see some snaps of her co-lead Oscar Isaac over on a fan site; the duo star as the heads of an oil business that begin to clash with the criminal underworld of New York City. While the period drama already has David Oyelowo, Albert Brooks, Elyes Gabel, and Catalina Sandino Moreno as part of the ensemble, producers have also revealed that former Girls star Christopher Abbott has taken an undisclosed role, along with Peter Gerety (Inside Man). As we await more updates, check out the official synopsis below.

“A Most Violent Year” is a thriller set in New York City during the winter of 1981, statistically one of the most violent years in the city’s history. The film follows the lives of an immigrant and his family trying to expand their business and capitalize on opportunities as the rampant violence, decay, and corruption of the day drag them in and threaten to destroy all they have built.

A Most Violent Year will likely hit theaters in 2015.