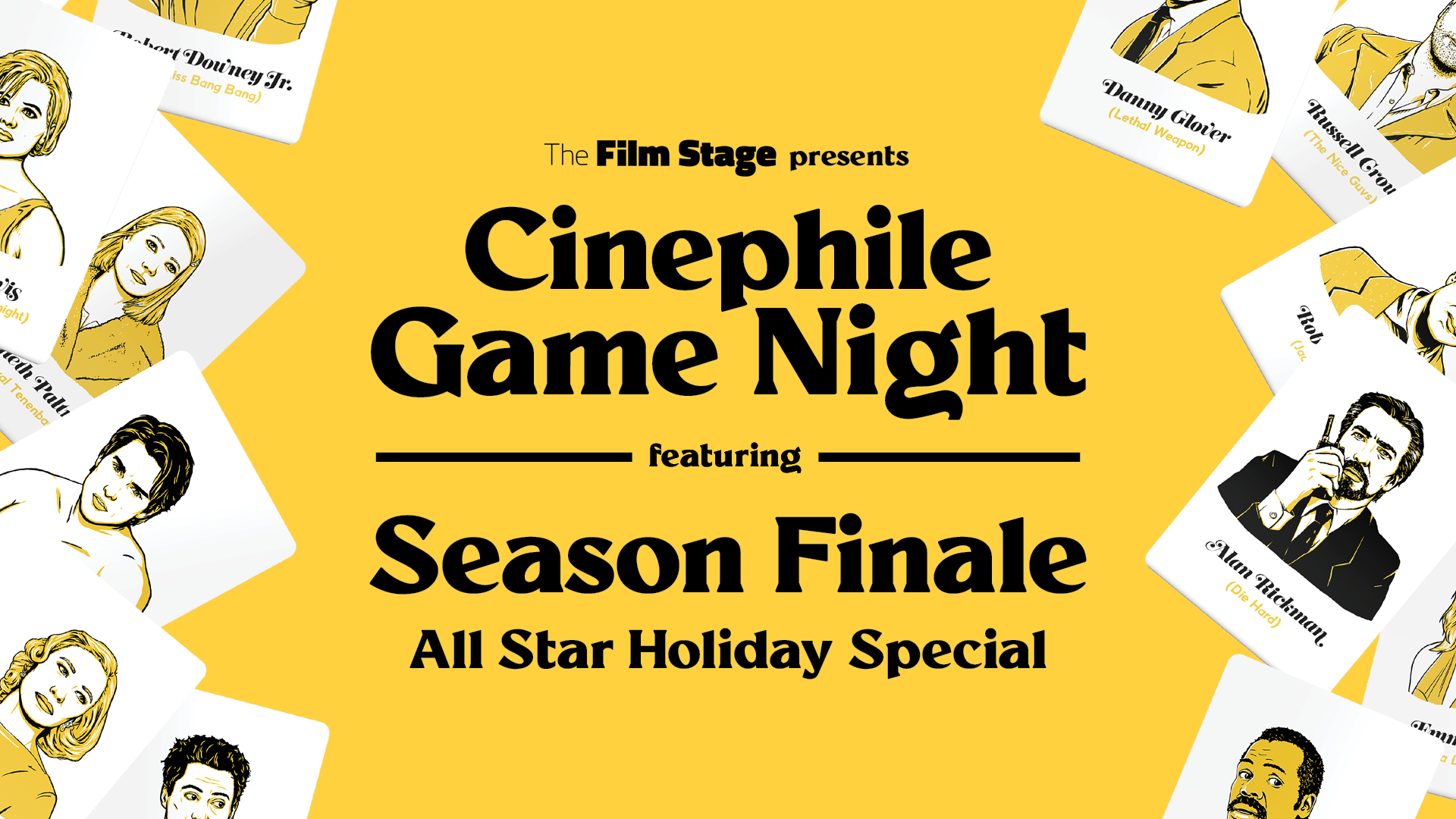 In case you didn’t have a chance to check out the show, Cinephile Game Night is a series where film critics, podcasters, filmmakers, and more go head-to-head to see who is the ultimate cinephile. Hosted by The Film Stage crew, including Jordan Raup, Conor O’Donnell, Dan Mecca, and Cinephile creator Cory Everett, each episode features a rotating guest list of cinephiles from your favorite pop culture podcasts and websites. Each episode features players (or teams) facing off for three Cinephile games: Filmography, Movie-Actor, and Six Degrees. The player or team with the most points at the end of the night is crowned the winner. Internet glory ensues.

The second season of the show featured Fangoria, Entertainment Weekly, Turner Classic Movies, Action Boyz, MUBI, Letterboxd, We Hate Movies, Vidiots and Filmspotting and the series has also hosted filmmakers (Alex Ross Perry, David Lowery, Emma Seligman, Isabel Sandoval), comedians (Paul Scheer, Demi Adejuyigbe, Jon Gabrus), and even the legend, Leonard Maltin. Stay tuned for announcements about Season 3 coming in 2022. And if there is a critic, podcaster, comedian or filmmaker you’d like to see next season, let us know!