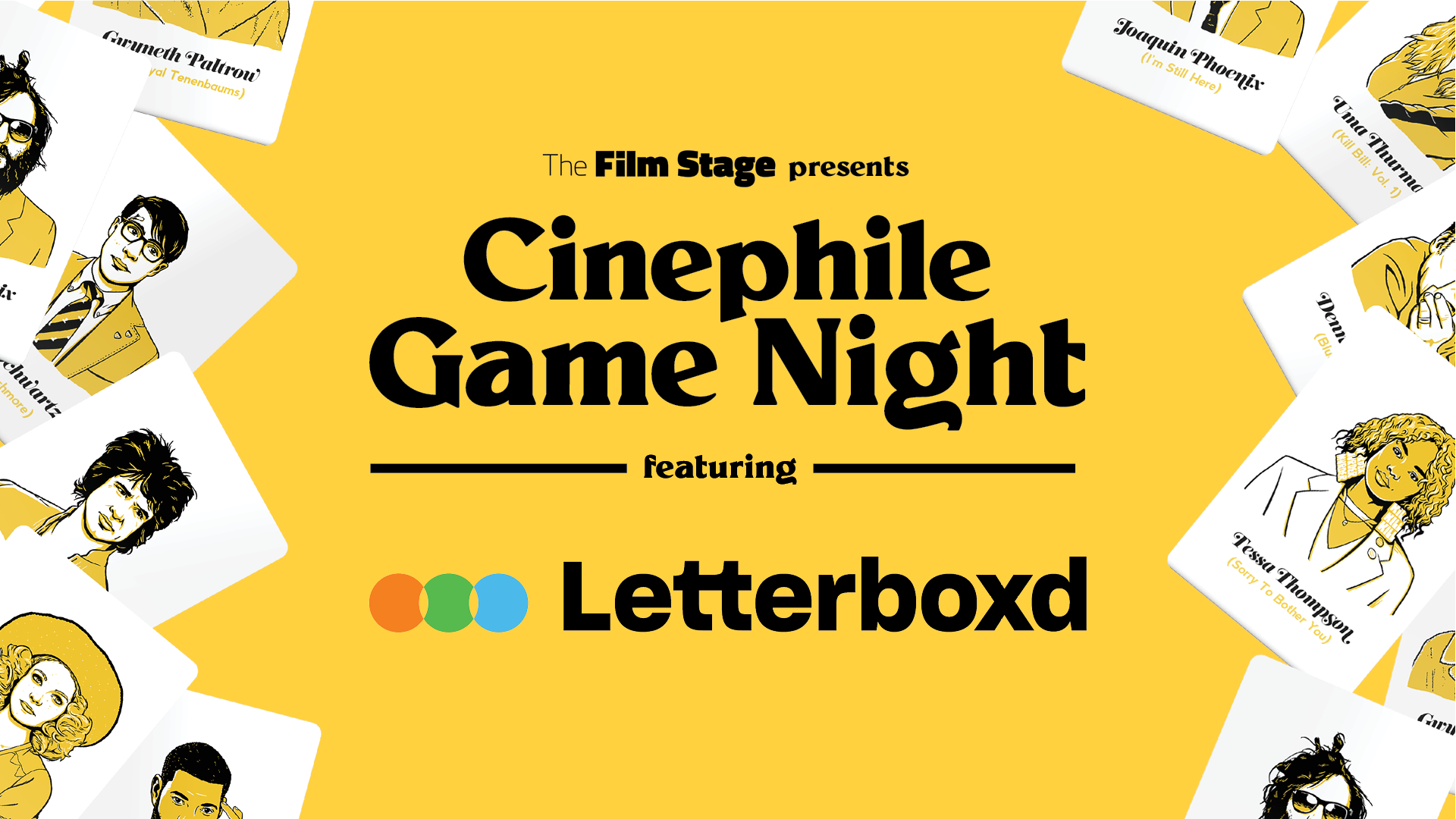 Watch here or below!

In case you didn’t have a chance to check out the show: Cinephile Game Night is a series where film critics, podcasters, filmmakers, and more go head-to-head to see who is the ultimate cinephile. Hosted by the Film Stage crew, including Jordan Raup, Conor O’Donnell, Dan Mecca, and Cinephile creator Cory Everett, each episode features a rotating guest list of cinephiles from your favorite pop-culture podcasts and websites.

Stay tuned for announcements about upcoming guests—and if there is a critic, podcaster, comedian, or filmmaker you’d like to see on an upcoming episode, let us know!