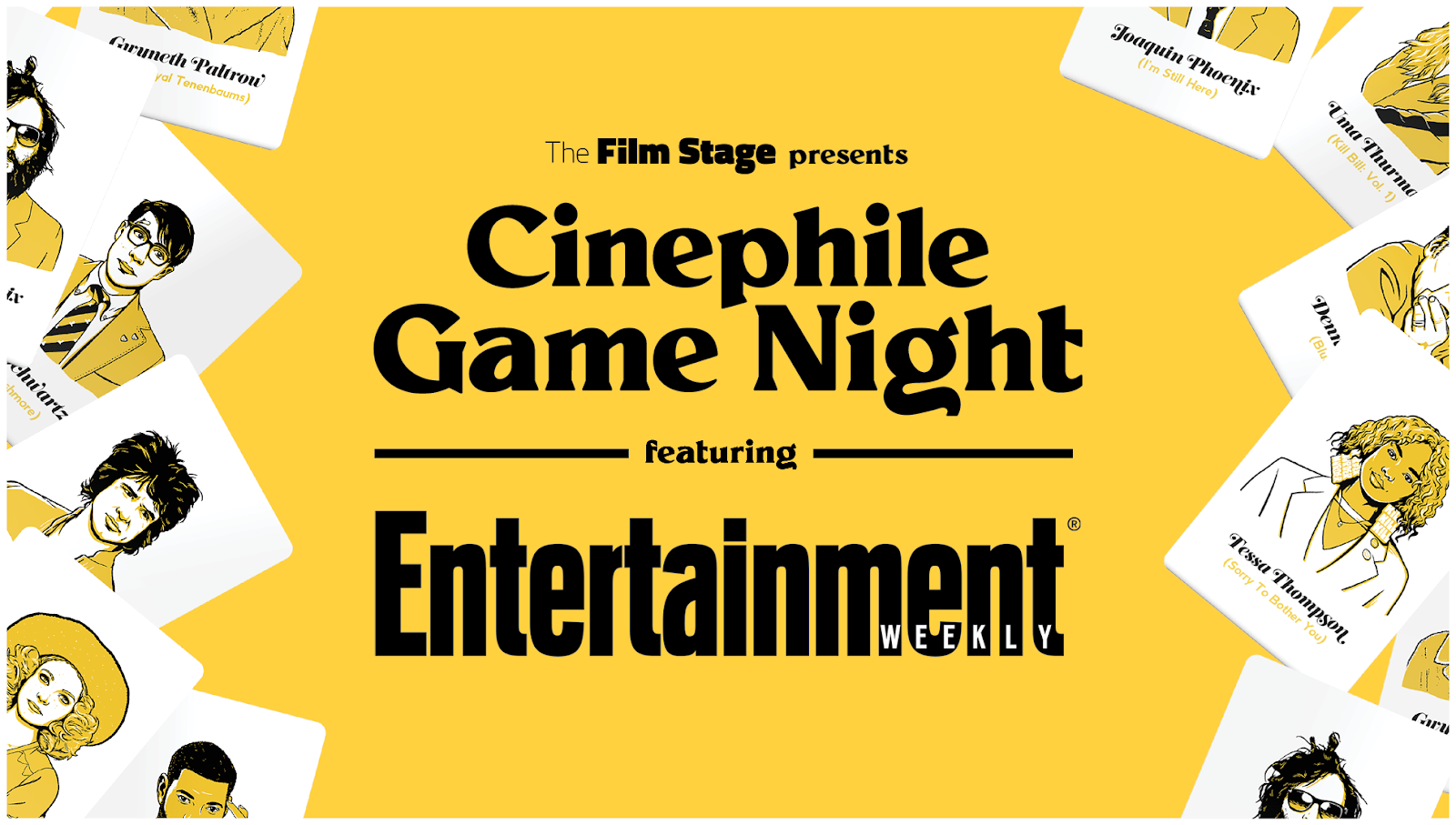 Watch the replay here or below!

Cinephile Game Night‘s second season is already off to a roaring start with episodes featuring Fangoria and TCM Underground. We’re excited to announce that the show will return for our next episode Saturday, April 17th at 9pm ET /6pm PT with Entertainment Weekly. The lineup includes EW writers Maureen Lee Lenker, Marcus Jones, Tyler Aquilina, Christian Holub, and editor Carla Sosenko. We’ll also be joined by special guest Emma Seligman, writer/director of Shiva Baby, which is now playing in select theaters and on VOD (check out our review here).

Both teams will be playing in support of Feeding America and offering up some special film-related goodies to anyone who donates, details of which will be announced during the show. You can catch the episode live on our Twitter feed or the next day embedded right here. Viewers are invited to tune in and follow along with the cinema-related fun!

In case you didn’t have a chance to check out the show, Cinephile Game Night is a series where film critics, podcasters, filmmakers, and more go head-to-head to see who is the ultimate cinephile. Hosted by The Film Stage crew, including Jordan Raup, Conor O’Donnell, Dan Mecca, and Cinephile creator Cory Everett, each episode features a rotating guest list of cinephiles from your favorite pop culture podcasts and websites.