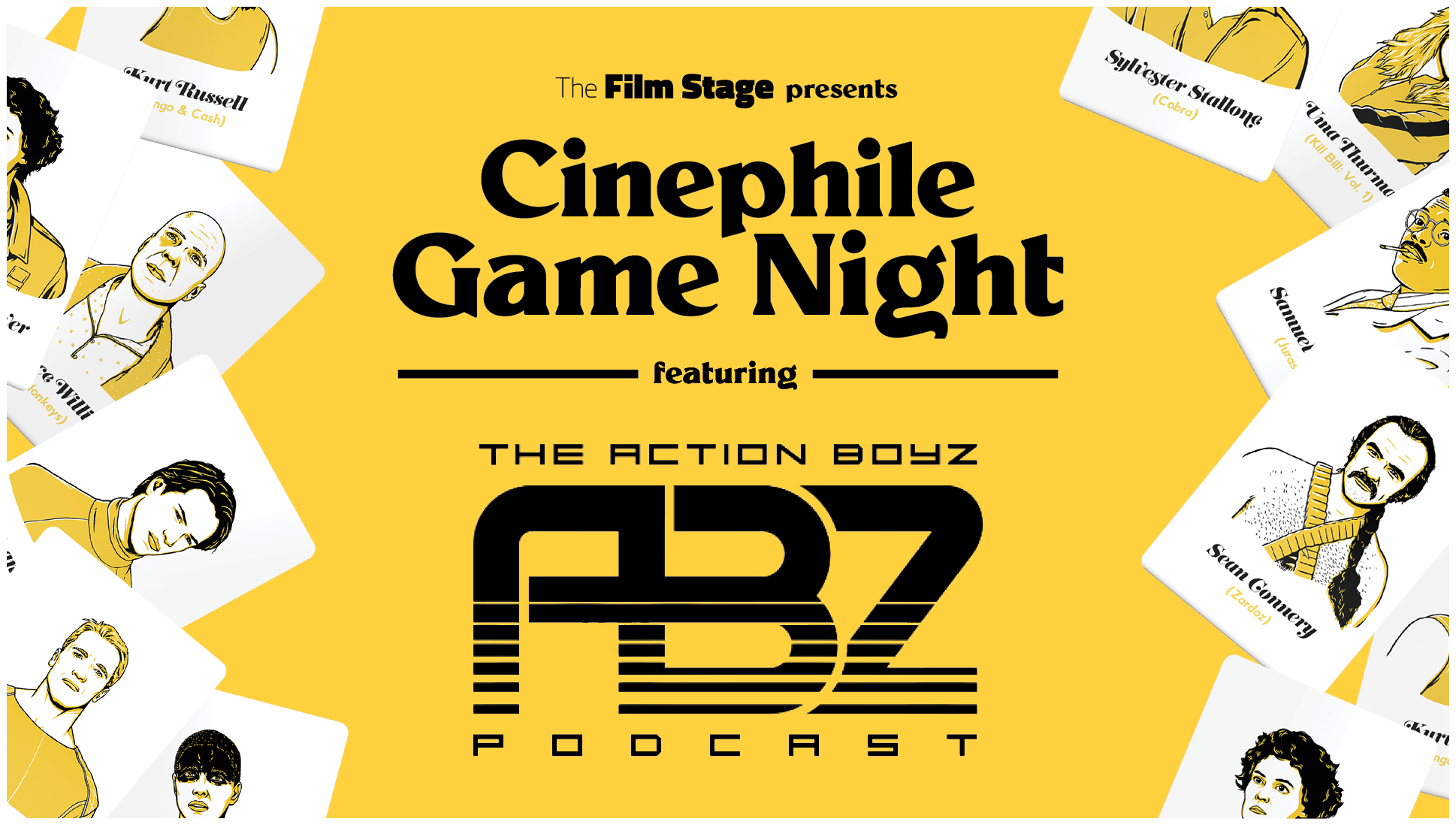 Watch here or below!

After a killer string of episodes with Fangoria, TCM Underground, and Entertainment Weekly, Cinephile Game Night‘s second season continues. We’re excited to announce that the show will return for our next episode Thursday May 6th at 9pm ET/6pm PT, airing live on Twitter. The all-star lineup includes Jon Gabrus and Ryan Stanger from the Action Boyz podcast, plus Sade Sellers of the Afro Horror Podcast and Josh Ruben, director of Scare Me (check out our Sundance 2020 review) and the forthcoming Werewolves Within, which is premiering at the Tribeca Film Festival before opening in theaters June 25 and on VOD July 2.

Cinephile Game Night is a series where film critics, podcasters, filmmakers and more go head-to-head to see who is the ultimate cinephile. Hosted by The Film Stage crew, including Jordan Raup, Conor O’Donnell, Dan Mecca, and Cinephile creator Cory Everett, each episode features a rotating guest list of cinephiles from your favorite pop culture podcasts and websites.

Each episode features players (or teams) facing off for three Cinephile games: Filmography, Movie-Actor and Six Degrees. The player or team with the most points at the end of the night is crowned the winner. Internet glory ensues.