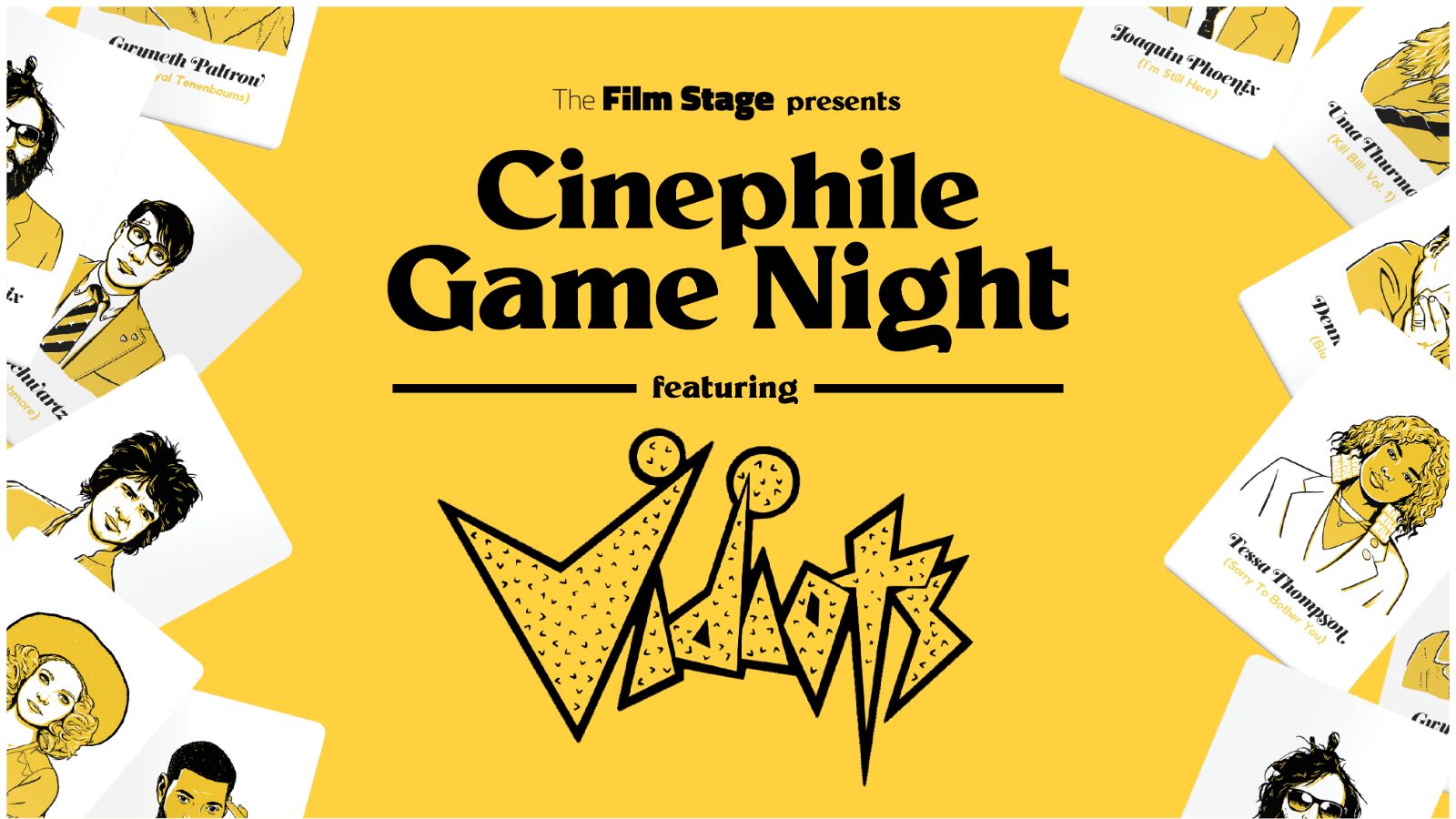 Watch a replay of the show below.

In order to relaunch next year, Vidiots needs your help. They’re currently raising money with their Come Sit With Us campaign and Cinephile and The Film Stage want to help. If you’ve ever wanted to join us for Cinephile Game Night, this is your chance. Donate to Vidiots before October 16th and send us a screenshot via Twitter tagged @cinephilegame and @thefilmstage. We’ll draw one name at random and that person will be invited to come join us for Cinephile Game Night with Vidiots on the 19th. There is no minimum donation required for entry, but if you can, please give.