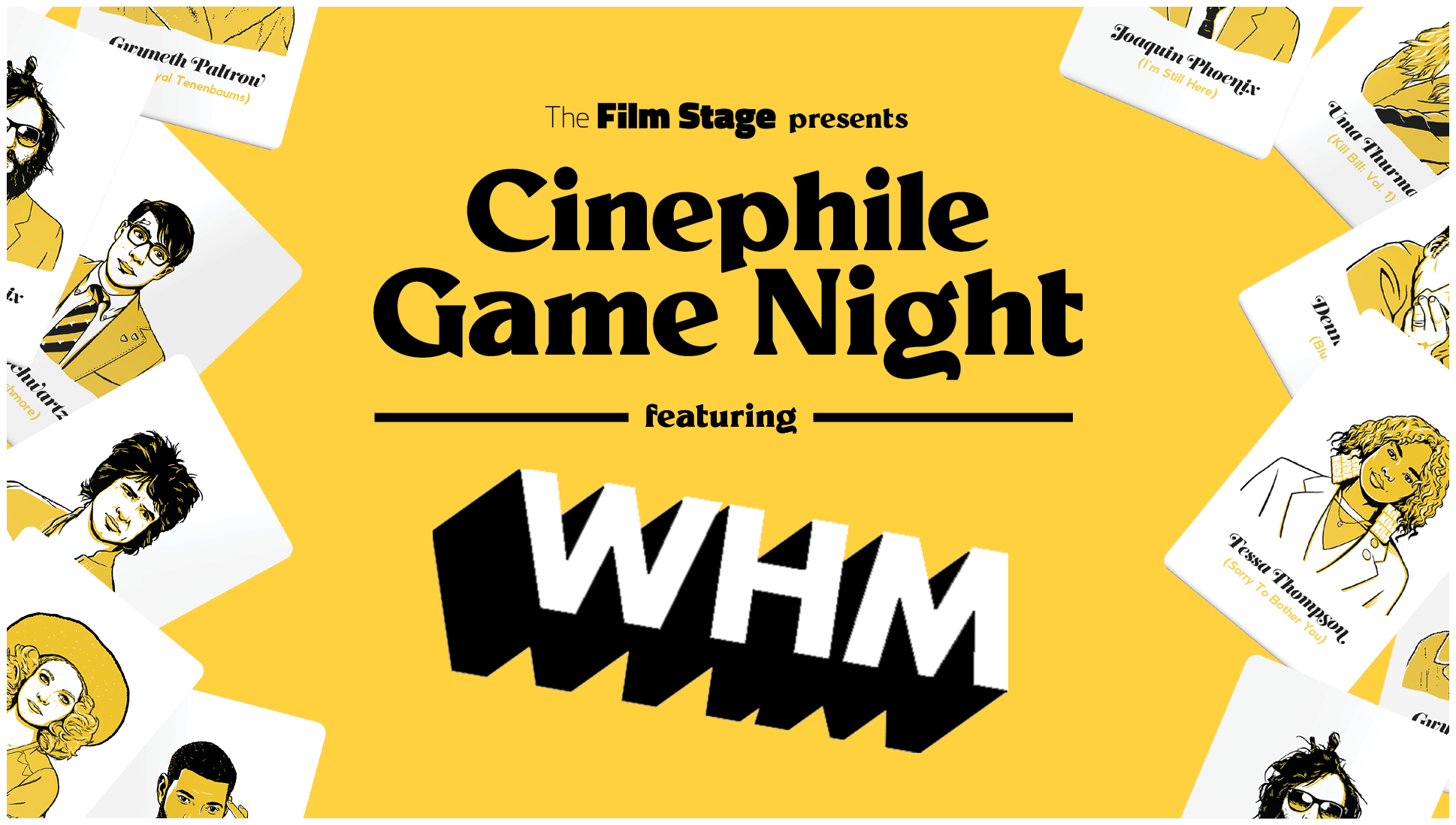 Watch live here or below!

We’re excited to announce that Cinephile Game Night will be back for our next episode on Tuesday, August 17th at 9pm ET / 6pm PT (streaming live on Twitter) with the much-anticipated return of the We Hate Movies podcast! The lineup includes WHM co-hosts Stephen Sajdak, Chris Cabin, and Andrew Jupin alongside Vulture critic (and WHM favorite) Angelica Jade Bastién. This will be the popular podcast crew’s third appearance on the show.

In case you didn’t have a chance to check out the show, Cinephile Game Night is a series where film critics, podcasters, filmmakers, and more go head-to-head to see who is the ultimate cinephile. Hosted by the Film Stage crew, including Jordan Raup, Conor O’Donnell, Dan Mecca, and Cinephile creator Cory Everett, each episode features a rotating guest list of cinephiles from your favorite pop culture podcasts and websites.