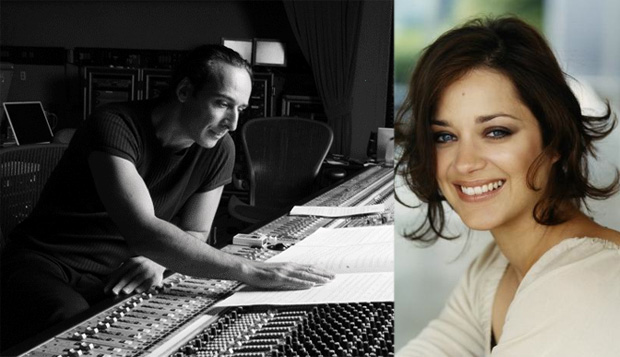 There’s no denying that French composer Alexandre Desplat has a gift for formulating some of the most whimsical scores I’ve ever heard. Nominated for several Oscars over the past few years — The Queen, The Curious Case of Benjamin Button, Fantastic Mr. Fox and The King’s Speech — Desplat is teaming up with French director Jacques Audiard once again, signing onto to score the director’s A Prophet follow-up, the highly-anticipated film Rust and Bone.

Desplat confirmed the union in a recent interview with Collider stating that he will be scoring the adaptation of Canadian writer Craig Davidson’s short story collection. Marion Cotillard stars in one of the stories which involves a “marine park Orca trainer who loses his leg and then joins Unlimbited Potential, a support group made of addict-amputees.”

Desplat is also set to score Wes Anderson‘s latest Moonrise Kingdom, coming out in May. His most recent achievements include The Tree of Life, Extremely Loud and Incredibly Close and Harry Potter and the Deathly Hallows Part I & II. The reunion between Desplat and Audiard was inevitable considering they’ve worked on several films in the past, but it’s one that gets me even more excited for Rust and Bone. The film will hit theaters in France in late October, with no word of a U.S. release date as of yet, but it expect on the festival circuit with a Cannes premiere likely.

Are you happy to see Desplat and Audiard reunite for Rust and Bone?