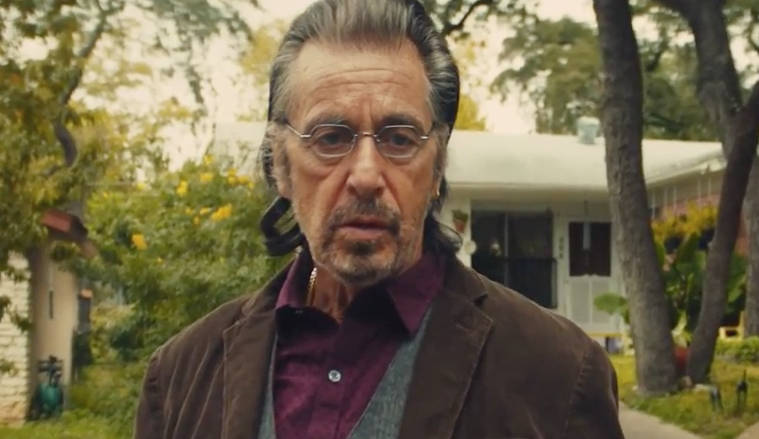 Currently enjoying a comeback of sorts with leading roles in The Humbling, Danny Collins, and the forthcoming Harmony Korine-directed The Trap, Al Pacino‘s latest feature finds him working with one of the more adaptive directors in the business, David Gordon Green. Manglehorn, which premiered last year on the fall festival circuit, follows Pacino’s character as man left heartbroken by the woman he loved and lost forty years ago. Working as a small-town locksmith, he tries to start his life over again with the help of a new friend (Holly Hunter).

We said in our review at Venice, “A lot of ingredients have been thrown into the Manglehorn mixer, but the switch is still set to off. Neither as idiosyncratic as Prince Avalanche, nor solidly clinging to a genre lifeline as Joe, the film ultimately rests upon Pacino’s shoulders. It’s one of the better performances in the last few years for the legendary actor – restrained, pissed off and spaced out at the same time – but similarly to his turn in Barry Levinson’s The Humbling, it doesn’t make up for the film’s shortcomings.”

Also starring Korine and Chris Messina, as well as a score from Explosions in the Sky and David Wingo, check out the theatrical trailer below.

Academy Award® winner Al Pacino gives a wondrous performance as a lonely locksmith whose life is transformed by a new romance in this magical love story from acclaimed director David Gordon Green (Joe, All the Real Girls). A.J. Manglehorn (Pacino) is a reclusive Texas key-maker who spends his days caring for his cat, finding comfort in his work and lamenting a long-lost love. Enter kindhearted bank teller Dawn (Holly Hunter), whose interest in the eccentric Manglehorn may just be able to draw him out of his shell. Chris Messina costars in this remarkably rich and humorous tale of second chances.