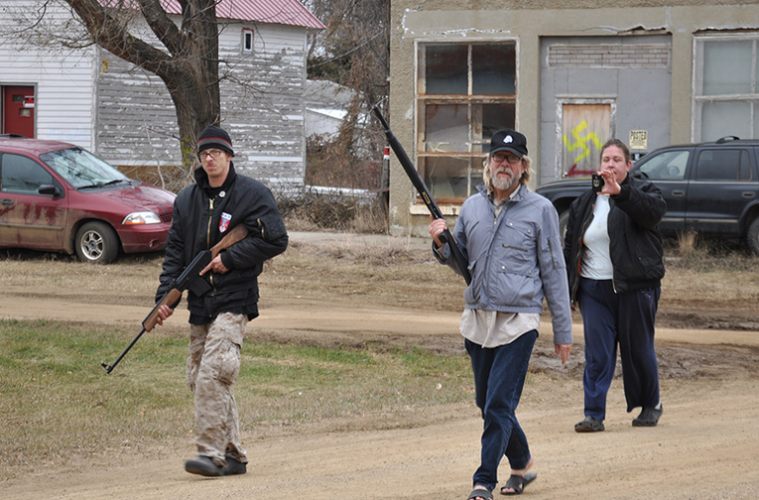 For better and for worse, now may be the perfect time for a documentary like Welcome to Leith. As news of racial tension continues to cascade across the country — not the smallest part of which is an aggressive reaction from white supremacist groups — a documentation of one micro-scale incident has the ability to shed further light on issues that simply refuse to subside.

This is what Christopher K. Walker and Michael Beach Nichols have turned their camera toward in Leith. Their subject is Craig Cobb, a noted figure in the white supremacist movement — the opening of his Wikipedia page is a real parade of shit: “[a] White Nationalist, White Separatist, Neo-Nazi, antisemite and Holocaust denier” — who purchased extensive plots of land in Leith, North Dakota that he intended to convert into a haven for his followers. It’s received strong notices since playing at Sundance last year, and we said it “delivers as a psychological horror film, one more compelling and politically relevant than your average fiction offering in the genre.” A trailer for its theatrical release strongly supports that notion.

Have a look at the preview below (via The Movie Box):

Welcome to Leith chronicles the attempted takeover of a small town in North Dakota by notorious white supremacist Craig Cobb. As his behavior becomes more threatening, tensions soar, and the residents desperately look for ways to expel their unwanted neighbor. With incredible access to both longtime residents of Leith and white supremacists, the film examines a small community in the plains struggling for sovereignty against an extremist vision.

Welcome to Leith will begin its theatrical run on September 9.