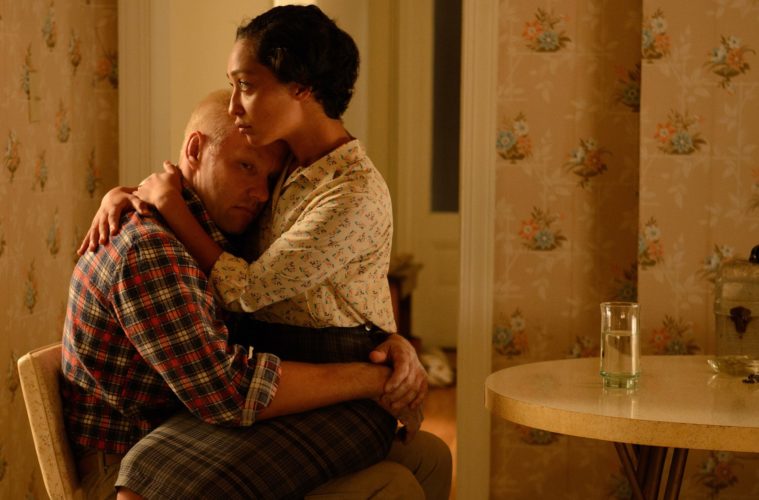 While Jeff Nichols‘ unblemished streak thus far had our expectations high for Loving, we were curious if his first period drama, and the first time taking on a real-life story, would result in a success. Featuring interracial couple Richard and Mildred Loving (Joel Edgerton and Ruth Negga, respectively), whose civil rights case, Loving v. Virginia, went all the way to the Supreme Court, it sounds like his streak has not been broken. Ahead of a fall release, the first clip has now arrived, alongside the full Cannes press conference.

We said in our review, “Ruth Negga and Joel Edgerton deliver remarkably nuanced performances in Loving, a late ’50s- / early ‘60s-set true life story of a mixed-race couple whose illegal marriage became a landmark case in the United States Supreme Court. Having tried his hand at the coming-of-age drama (Mud) and both small- and large-scale science fiction (Take Shelter and Midnight Special, respectfully), the increasingly prolific Jeff Nichols branches out once more here to the awards season period drama. This heartwarming and wonderfully refined film might not do a whole lot of things we haven’t seen before in the civil rights-era picture, but it does the familiar stuff with enormous care and control.”

Check out the clip, full press conference and poster below.

Loving celebrates the real-life courage and commitment of an interracial couple, Richard and Mildred Loving, who married and then spent the next nine years fighting for the right to live as a family in their hometown. Their civil rights case, Loving v. Virginia, went all the way to the Supreme Court, which in 1967 reaffirmed the very foundation of the right to marry – making their love story an inspiration to couples everywhere.

Loving premiered at the Cannes Film Festival and will be released in the U.S. by Focus Features on November 4. See our coverage below.